It’s unclear how most states will use the money, but they face increasing pressure to share federal relief funds with private schools.

It was close, but all 50 states and the District of Columbia have applied and been approved for the Governor’s Emergency Education Relief Fund — a relatively small block grant within the federal Coronavirus Aid, Relief, and Economic Security Act, but one state leaders have wide discretion in how to spend.

The U.S. Department of Education extended the deadline by a week, until June 8, but “it turns out the extension wasn’t needed, since everyone had applied by the end of the day on Monday,” according to a department spokesman.

The awards — which range from more than $355 million for California to about $4.4 million for Vermont — are unusual in that governors can use the money for “needs related to COVID-19” at either the K-12 or higher education levels. Details about how governors plan to divvy up the funds, however, have been slow to emerge.

The Century Foundation is among the organizations wanting to better understand how the funds will be used.

“We’re eager to learn more about how states plan to use these funds to support vulnerable students in the midst of the pandemic,” said Jen Mishory, a senior fellow at the progressive foundation. “I’m hopeful that the Department of Education will publicly post those state plans, as well as the reporting it receives from institutions regarding the use of CARES Act emergency grants for students. Transparency is a critical step to ensuring students are being well served.”

And Patrick Lane, vice president for policy analysis and research at the nonprofit Western Interstate Commission for Higher Education, said his organization is hoping to “share strategies across the region.”

“Throughout the CARES Act implementation, we’ve been providing as much information to our states and territories as possible, including information about what their colleagues in other locales are doing,” he said.

At least one governor so far, Phil Murphy of New Jersey, has opted to direct all of its $68.8 million allotment toward higher education because of the “significant financial burdens that institutions of higher education are facing due to the unprecedented public health emergency,” according to a press release.

In the statement, the state’s Secretary of Higher Education, Zakiya Smith Ellis, said, “While we urge the federal government for additional funding that could benefit every student in our state, we are pleased this pool of funding will be dedicated to supporting institutions of higher education and students hardest hit.”

In Alaska, which, received $6.5 million, the state’s Department of Education and Early Development outlined a plan in which 35 districts will receive a combined $3.7 million, with the remaining amount not yet allocated.

In Missouri, which received $54.6 million, members of Gov. Mike Parson’s CARES Act Funding Working Group are focusing recommendations on reducing the digital divide by providing reliable internet service to those who can’t afford it.

And in California — with the largest allotment of more than $355 million — no decisions have been made. “This funding will be appropriated through the budget process and the California Department of Education will be working with the governor’s office, legislature and education stakeholders to use these funds as effectively as possible to support students, families and schools,” according to the CDE.

U.S. Secretary of Education Betsy DeVos is pressing for school districts to share federal relief funds with independent and faith-based schools, and some school choice advocates say the GEER funds should be directed toward education savings accounts that allow parents to use public funding for private school expenses.

“Parents could use the funds for technology, curriculum, online resources, tutoring, private school tuition,or summer courses to compensate for the early end to the school year,” Ginny Gentles, a visiting fellow at Independent Women’s Forum and the founder of School Choice Solutions, wrote in a commentary. “This year’s school closures could profoundly transform how our country educates children. It’s vital that we spend CARES Act and future federal emergency education relief funds wisely, so that students are better served now and during future school shutdowns.”

Organizations representing nonpublic schools in Minnesota have also asked Gov. Tim Walz to consider their students in deciding how to spend over $43 million.

“Minnesota has nonpublic schools in challenged inner city communities, on tribal lands and in rural areas throughout Minnesota,” a group of principals wrote in an op-ed last week. “Our schools serve a large share of disadvantaged students, and many of our families have been hard hit by the economic impact of the coronavirus.”

But some in the faith-based community argue GEER and other federal relief funds for education should stay in the public sector.

“Religious schools are not a replacement for public schools. Unlike public schools, they provide religious education and spiritual formation for the continuation of a religious community,” wrote Jennifer Hawkes, associate general counsel for the Baptist Joint Committee for Religious Liberty in Washington. “This approach to education is inherently different from public education and should not be funded, nor directed, by the government.”

Oklahoma State Superintendent Joy Hofmeister’s proposal, however, also focuses on using the funds to provide internet access to areas of the state where connectivity is still lacking. The GEER funds, she said in the proposal, “provide an opportunity to support statewide digital transformation by allowing [local education agencies] and their communities to innovatively steer awarded funds directly to those with the highest need.”

Last week, Baylee Lakey, communications director for the governor, said no official decisions have been made for spending the funds at this point. “The governor and his team are working with the Oklahoma State Department of Education, local school districts and state legislators in order to ensure these dollars effectively serve all Oklahoma students during these unprecedented times,” she said. 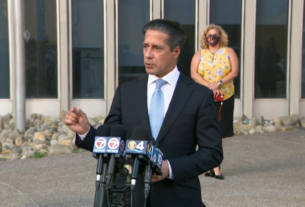 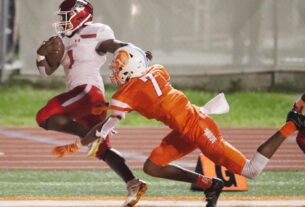 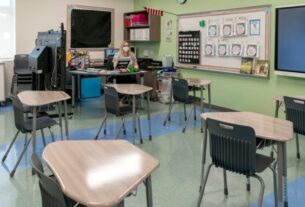