Broward School Board member Ann Murray said a hacker posted a meme Sunday on her Facebook page about white privilege that many criticized as racist.

About 5:30 p.m. Sunday, Murray’s Facebook page shared a post from another user with the meme, “When I was born, they must have ran out of white privilege because I had to work my ass off to get where I am.”

The reaction was strong, with commenters using terms such as “racist,” “tone-deaf,” “disgusting” and “reprehensible.” Several called for her to resign. The post was deleted by 9 p.m. Sunday.

Murray, 77, said “I swear on my husband’s grave” the post didn’t come from her.

“That’s the second time in two months my Facebook page has been hacked. I may be shutting the whole thing down,” she said. “Goodness gracious. Why would I put something out there like that?”

She later posted that Facebook customer service notified her “about UNUSUAL account activity, with someone signing in from UNRECOGNIZED DEVICES.”

She later posted, “If you received any messages that were racially offensive, that was not me. I apologize that people were misled.”

Murray said her son was upset when he noticed the post Sunday night and called her. She asked her daughter, who has access to her account, to remove it.

“I only post funny things, mostly about animals,” she said.

Her page Sunday also included posts that were supportive of the Black community, including AFL-CIO endorsements of several prominent Black political candidates and a quote from Martin Luther King Jr.

Although Murray has been a strong ally of Robert Runcie, Broward’s first Black superintendent, she’s also been dogged by her use of the “n-word” 13 years ago.

Murray used the word in 2007 when she was a supervisor in the school district’s transportation department. She was with a group of employees providing transportation services during the Super Bowl when she referred to watching a previous football game in the “n—–” section at the top of what is now known as Hard Rock Stadium.

Her use of the word wasn’t widely known until 2011, after she’d been twice elected to the School Board. Although the slur became a campaign issue in 2014 and 2018, she won both elections.

“Back in those days, so many friends that had worked with me stood up for me and knew that was totally taken out of context,” Murray said.

Rosalind Osgood, the only Black member of the Broward School Board, said she didn’t know Murray back when she used the “n-word” but has found her to be supportive of Black children and community members.

“I called Ann and said I was not happy. She said she was hacked,” Osgood said. “I have to go by my interactions and dealings with her and have not found her to be racist, so that’s how I can accept she was hacked.”

At last week’s ⁦@browardschools⁩ Board meeting, Patti Good asked to look into ways to hold district employees accountable for racist posts on social media. On Sunday, fellow board member ⁦@AnnMurrayDist1⁩ was accused of doing just that. Murray says she was hacked.

At a June 17 workshop, Broward School Board member Patti Good said she’d recently seen some racist or inappropriate comments made by district employees and wanted to ensure there were policies to hold people accountable.

“I’m all about free speech when you’re a district employee, and you’re sharing information that may appear discriminatory or racist, I think it needs to be captured somewhere in policy,” Good said.

Runcie said district lawyers were researching the issue and-planned to bring back more information to the board in the near future. 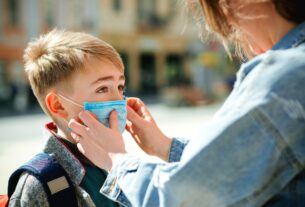 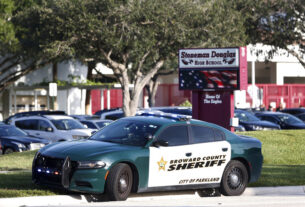 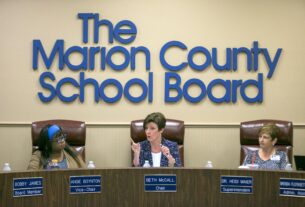