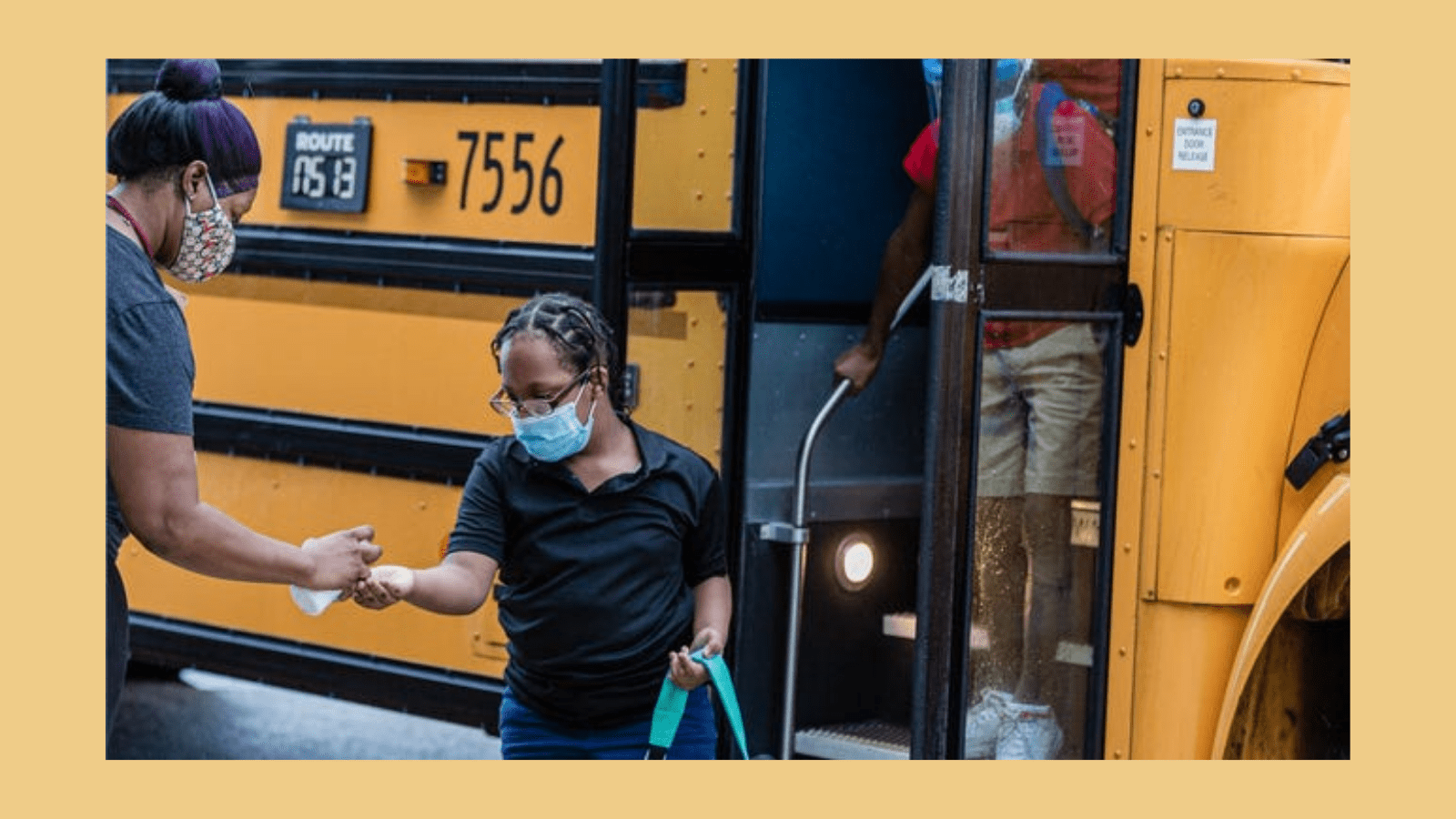 The bill to operate Palm Beach County’s public schools during a pandemic, to mask up students and teachers, to deep-clean classrooms, to blanket the county with internet access and hand out computers to log on, so far totals more than $80 million, with less than half of those expenses covered by federal relief packages to date.

These are, of course, only the immediate costs.

No doubt, the bill to address learning lost and emotional tolls taken on students will be significant and stretch beyond the day when everyone can comfortably return to a classroom.

While those losses and their remedies lie down the road, district officials have tallied COVID-related costs from the time students were sent home for remote learning last spring through the end of this school year. The inventory was shared with the district’s budget advisory committee in January.

The biggest ticket item: the cost to clean and provide physical protection for those on campus, which hit $16.3 million in early January and is expected to ring in at $29.6 million by school year’s end.

To get technical, in most cases the district went from a MERV 8 rating to a MERV 13, he said. In layman’s terms, the improvement went from what’s standard in homes and commercial buildings to something that filters particles down to the “sneeze nuclei/micro droplet” level, Burke said.

A higher-rated filter, which can cost twice as much as the standard, won’t alone protect people from COVID-19 but does do a better job of filtering the air, while a MERV 13 rating can trap particles as small as some viruses, according to the Environmental Protection Agency.

The filters, along with additional cleaning supplies and other PPE, have cost $8.5 million so far and are due to eventually reach $14.4 million.

The district, like others around the country, has also bought more electrostatic sprayers — one for every school for a total of $2.7 million. They are used in disinfecting indoor spaces. Already, district crews have conducted more than 500 enhanced cleanings. Those cost $1 million and are estimated to grow with demand to $3.5 million.

Behind all of these tasks has been the district’s custodial crew, now supplemented by 35 temp workers. The job has become nonstop and the temps are there to pick up the ball when someone else is out sick or the demands outpace pre-COVID staffing.

“The custodians are some of the most important people on campus, though I don’t think very many people (previously) recognized it,” said Stacey Marshall, director of maintenance and plant operations. “They’re unsung heroes.”

Almost as expensive as cleaning and protecting the people and spaces on campus are the costs of ensuring that every student has the means to connect with their teachers and lessons online.

In the wake of COVID, the district bought more than 80,000 laptops totaling more than $25 million.

Making sure every student has access to a computer has been a goal for years, but the pandemic made it an imperative when schools closed last spring.

The district distributed 100,000 Chromebooks between March and July, Burke said. But that wasn’t enough for every student and some siblings were relegated to sharing at home.

The district continued to chip away at the deficit even as the virus created supply problems. Burke said the district hit 1:1 student-to-device parity in October. Staff is now focused on delivering 8,000 higher-grade laptops to students in career tech programs who need more robust devices for their coursework. That distribution should be complete next month, Burke said.

A computer is worthless for distance learning without an internet connection.

The district has spent $600,000 to date and forecasts $1.5 million total in pursuit of connecting every student, be it through new Wi-Fi zones in neighborhoods across the county or personal hotspots.

Burke said he believes the connection problem has been resolved for all of the district’s students, but in a district of 170,000 students in a geographically enormous county, “it is impossible to rule out the possibility” that someone has been missed.

“If any students remain in need, this support is available to them,” Burke said. “We have the hotspots and Comcast accounts available and can address any access challenges as they arise.”

With an abrupt end to in-person teaching last spring and an uncertain classroom landscape looking into this school year, teachers came back extra early this fall — arriving seven work days instead of five ahead of their students.

Those extra days and a repository of online training to help them navigate all the possible tools to teach students who remained remote totaled $10.6 million.

The federal government has issued two rounds of stimulus that included help to the nation’s K-12 schools. The first in April provided $13.5 billion to schools; round two in December issued $52 billion.

The money is distributed on formulas largely driven by enrollment. Palm Beach County schools got $35.1 million.

How much should this cost?

In December, the Centers for Disease Control and Prevention issued a study on the financial toll COVID is taking on public schools. Specifically, it looked at the cost to implement its recommended mitigation strategies, from cleaning supplies and custodial stuff to face masks and additional transportation.

Those calculations relied on students and teachers to supply their own masks after the school supplied the first batch. It also was intended to look at in-person costs, so line item such as computers and internet connections weren’t examined.

It’s difficult to compare Palm Beach County’s expenses in an apples-to-apples way with the CDC’s findings. The district’s cleaning, sanitation and PPE costs are projected to hit $29.6 million. That is below what the district would spend at the CDC’s mean cost level of $442 per student or $75 million, but it does not include transportation.

Meanwhile, the CDC did not look at costs to conduct simultaneous distance learning that continues to be used by 48% of the district’s students, and will likely be in play again next fall.

The cost of computers and internet connections was significant, though it appears the district was ahead of the curve having so many computers already in hand.

Thanks to the 2016 sales tax increase, most classrooms had been outfitted with computerized, interactive whiteboards called Smart Panels. The district’s textbooks were available online, and an online learning platform already was established, Burke said.

Other costs to tally

COVID’s disruption to school operations is broad, and the tallies spelled out for the budget committee aren’t the end of the story.

The district’s food services revenues are down by about half because fewer meals are being served, even as the district works to prepare grab-and-go meals for students learning from home and giving students who do come in person food for the weekend and holidays.

“Similar to food service, this fee-based program has lost economies of scale and is having difficulty breaking even given reduced student participation. However, this service remains critical to parents and district employees in need of child care,” Burke said in an email detailing additional COVID costs.

Nationally, those paying attention to the economics of education worry that districts are in for a years-long crunch, in which resources such as sales tax revenues dwindle while demands to help students catch up academically and to support them emotionally grow.

Featured image: Teacher’s aid Andresa Holzandorf, greets students and sprays hand sanitizer into their hands as they get off the bus at Lincoln Elementary School in Riviera Beach on Monday, Sept. 21, 2020. It was the first day of in person schooling since the outbreak of the COVID-19 pandemic. 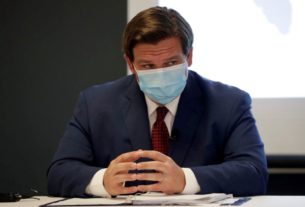 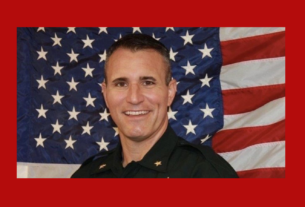