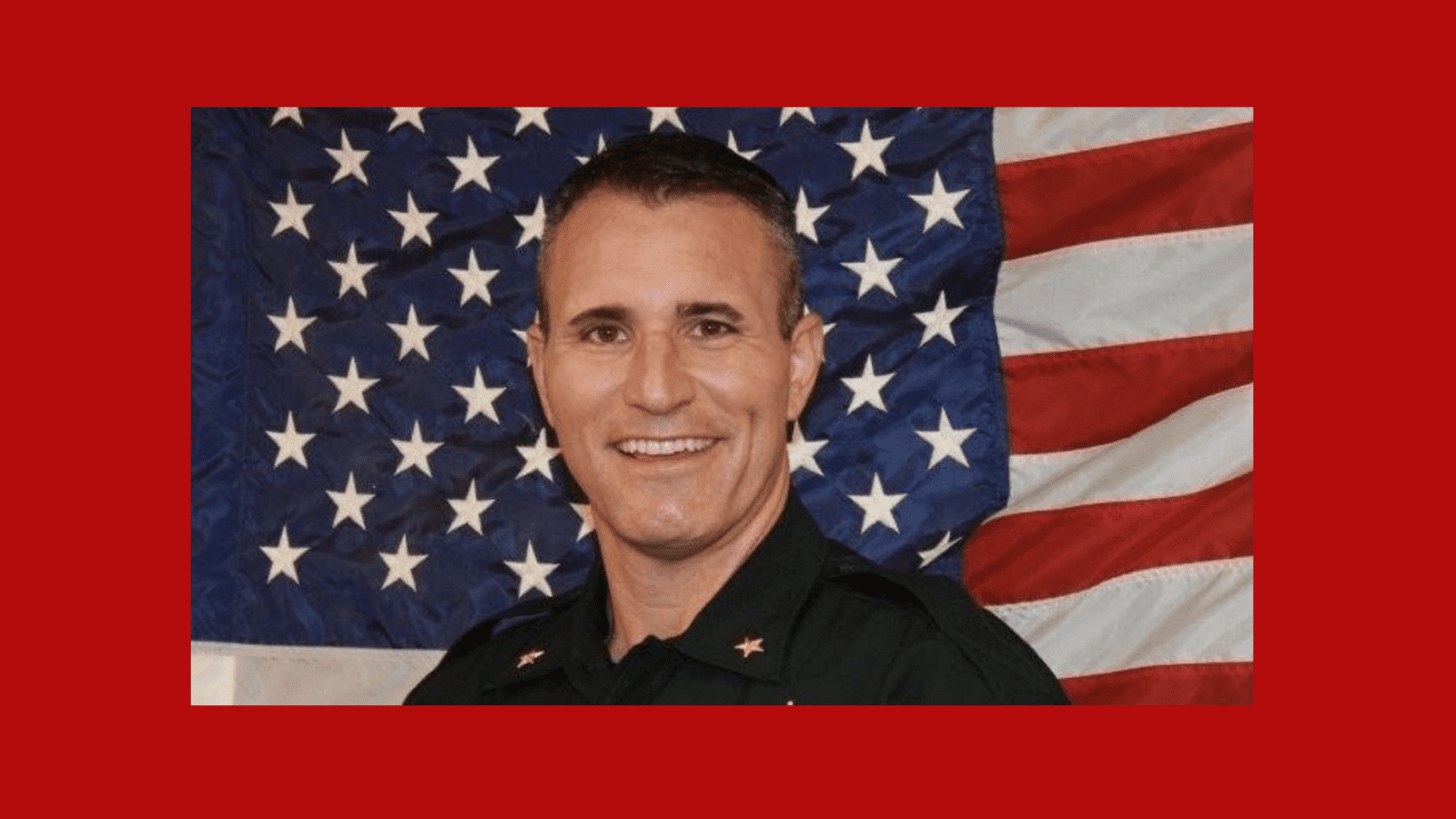 A Tampa Bay Times report released last week revealed a policing program in Pasco County, Florida, known for storing a secret list of young children and adolescents who display histories that supposedly predict criminal tendencies in adulthood. The police agency’s strategies for tracking youth shed light on the extraordinary lengths the department has gone to carry out repressive measures against underaged Pasco residents.

According to the Pasco Sheriff’s Office internal intelligence manual, the agency collects a clandestine list of children it deems likely to “fall into a life of crime.” The factors that are set as standards for determining if a particular young person should be placed on the list include receiving D or F grades in school or being victims of child abuse in their homes. Other factors include data on students who have a significant truancy record or are sent into campus offices for disciplinary punishments.

To assemble their lists, the Sheriff’s Office combines the data acquired from rosters for middle and high school students and combines their academic history with more-sensitive, personal records, which are protected by state and federal laws. These records are filtered through the state Department of Children and Families, who document or “flag” students who have witnessed household violence or experienced significant harm themselves. The intelligence manual claims that any one of these factors makes a child more likely to become a criminal.

The Sheriff’s Office admitted publicly that at least 420 children are on the list. One of the more chilling components of the list collection is that the process is largely carried out in secret. The Sheriff’s Office does not inform the children or their parents that the children have been targeted or about their designation. More than 30,000 students in most of the middle and high schools in Pasco County are analyzed to assess how at-risk each is for becoming a criminal.

Even school officials are not made privy to the details of the draconian strategies being employed by the police agency. Pasco County Superintendent Kurt Browning told the Times that he was unaware of the methodology and specific details the Sheriff’s Office was using for recording school data to determine future criminals. Principals at two Pasco High Schools also reported being unaware of the program. The Department of Children and Families refused to answer the Times when asked if the department knew that its data was being delivered to the police agency’s system.

Despite Superintendent Browning claiming not to know of the program’s existence or its specific details, he remained unconcerned about the matter and even felt that it was encouraging. He pointed to the “agreement” that the district had with the Sheriff’s Office and expressed his approval for the sharing of student data for law enforcement intelligence.

According to the Sheriff’s Office, only juvenile intelligence analysts and school resource officers on campuses have access to the list and the underlying data pertaining to student records. The Sheriff’s Office has claimed that its data-sharing practices with the Pasco school district stretch back 20 years.

The agency’s intelligence manual acknowledges that it receives access to a juvenile’s private information primarily through partnerships with the Pasco School District and the state Department of Children and Families (DCF). The Sheriff’s Office receives $2.3 million annually to place approximately 32 deputies in middle and high schools across the county. Pasco school officials also provide exclusive access to a student-tracking database, known as Early Warning System, which tracks all students’ grades, attendance and behavioral history.

Pasco Children and Families also grants permission to law enforcement agencies to use its child welfare database. In all counties across Florida, the DCF grants access to its local databases of children. The database, known as Florida Safe Families Network, contains detailed case notes and the abuse histories of children. In addition to information from the DCF, the Sheriff’s Office utilizes its own records to select targets, including custody disputes, home run away, curfew violations for young people and the possession of drugs or alcohol.

The revelations of the program come within three months of an investigative report conducted by the Times that exposed a broader police operation in Pasco County that also disproportionately targeted and victimized younger people. The Times interviewed 21 families who had been the subjects of a massive intelligence-led operation that monitored, harassed, and violently intimidated residents with the aim of preventing crime based on past criminal incidents.

The still ongoing intelligence program pursues its targets even when no evidence of new crimes is provided to the police department. Former deputies involved in the program revealed they were tasked with harassing residents on their target list by visiting their homes frequently and looking for any justification to dole out punitive measures, including writing tickets or even making arrests. Ten percent of the people who were targeted were teenagers.

Pasco County Sheriff Chris Nocco, who launched the intelligence-led policing program in 2011, also spearheaded the tactic for recording and storing information about young people in particular. Sheriff’s Office officials have been identifying and monitoring at-risk children since at least 2011, as part of its wider intelligence operation, when Nocco first took office. In the summer when the program started being put into practice, scores of Student Resource Officers (SROs) made hundreds of home visits to at-risk children. Families were regularly questioned about local crimes and children arrested for violating curfews or probation orders.

SROs are tasked with finding inroads into relationships with students to identify “the seeds of criminal activity” and to collect information for investigations. The manual says that SROs often hear of “past, present, or future crimes” before others in the law enforcement community.

Countless law enforcement experts and student advocacy groups have spoken out against the program, pointing to the far-reaching violations of student privacy and confidentiality. The Sheriff’s Office has provided little to no legal justification for why the police agency was combing through thousands of students’ education records and child-welfare histories. Many labelled the program as “highly unusual,” according to the Times, and said the vast manipulation of children’s confidential information was borderline illegal.

A senior policy advocate for the American Civil Liberties Union of Pennsylvania said of the program, “It is a recipe for violating people’s rights and civil liberties.” Andrew Ferguson, a law professor at American University, cited the endless scandals that have emerged throughout the country of law enforcement agencies clandestinely accessing private data of children. Ferguson stated that children’s sensitive information should be placed “in the hands of people who can offer help.”

The program itself is also heavily based on a flawed scientific approach and disproportionately targets minority children and others with disabilities, who are twice as likely to be suspended or referred to law enforcement. A senior attorney for the Southern Poverty Law Center pointed out that designating those children as potential criminals creates a “circular effect,” whereby they receive increased attention from SROs and as a result, face even more discipline. Another expert mentioned that the program was also noticeably discriminatory because it singled out children based on their involvement in custody disputes. Differential treatment is created for listed students based on family status and home conditions.

Sheriff’s Office officials have done leaps to defend the purpose of the program, stating that it’s based on research finding that young people who experienced regular childhood trauma were at a higher risk of becoming serious, potentially violent criminals than others in the population.

In fact, there is a wide array of research on the connection between early childhood social disorders and adult criminality that discredit such claims.

Criminologist and Professor David Kennedy, who lectures at John Jay College of Criminal Justice, noted that there is an “extremely weak” association between childhood trauma and criminal behavior. He said the Sheriff’s Office’s claim “flies in the face of science.” Moreover, the methodology used for the program is likely at best to result in merely a large group of children, with the vast majority likely to never commit unlawful acts.

There is also tremendous doubt over the legal legitimacy of the storing of student data. Although federal law permits education records to be released to law enforcement agencies, such information is primarily provided under unique circumstances that endanger student safety, such as the prevention of school shootings or offering support to those caught in the juvenile justice system. LeRoy Rooker, a member of the Department of Education’s oversight of student privacy, condemned the program’s invasive practices. “You can’t just give every student’s record out,” Rooker told the Times .

The Pasco County intelligence operations against student youth are a part of a broader network of abusive, and sometimes violent, repression of police agencies directed against young people. In Orlando, just 80 miles away from Pasco, school resource officer Dennis Turner was terminated after a public outcry erupted following the arrest of two 6-year-old students in September 2019. According to press reports, Turner put one of the children in zip ties and drove her to a Juvenile Assessment Center after the student launched a temper tantrum in the classroom and kicked a staff member. The child’s grandmother, Meralyn Kirkland, said the school was well aware that the granddaughter is prone to tantrums because she suffers from sleep apnea.

Turner’s actions were an unauthorized break with department policy, as he failed to get supervisor approval for arresting a child under the age of 12. Kirkland said that when she arrived at the police station to retrieve her granddaughter, officers told her that the child was in the process of being fingerprinted. The grandmother was then placed in an office where two mugshots of her granddaughter were sitting on a desk.

Such scenes are the reality for children in schools across the country. More than 30,000 children under the age 10 were arrested in the US between 2013 and 2018. In 34 states, there are no minimum-age laws for arrests based on juvenile delinquency, while most other states have the age set at 10. Astonishingly, 24 states have no minimum age to transfer juvenile cases to adult criminal court systems, according to the Department of Justice’s Office of Juvenile Justice and Delinquency Prevention.

In August 2018, a school resource officer in Denton, Texas, was captured on police body-camera footage manhandling a 10-year-old autistic boy, placing him in handcuffs and holding him on the ground by the neck. The boy was seized after being disruptive with a teacher before hiding out in a cubbyhole. The police officer then violently retrieved the boy and attempted to lock him downward. 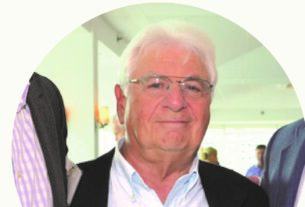 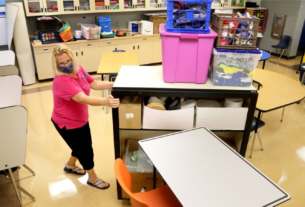 Mediation to begin in Florida’s school reopening suit. Will it work?