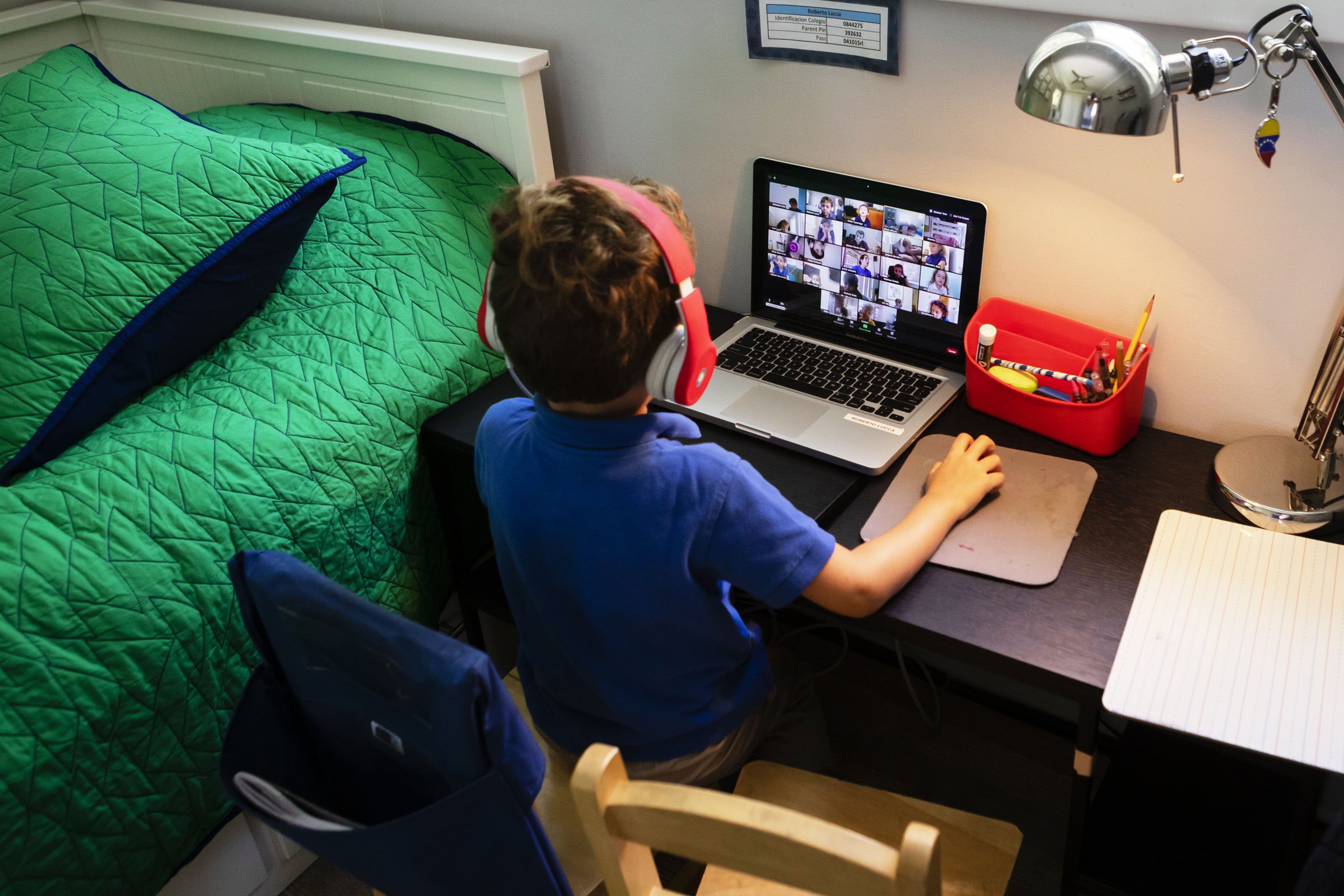 Miami-Dade's struggles with an online learning platform amount to a case study in how not to deploy software. PHOTOGRAPH: EVA MARIE UZCATEGUI/BLOOMBERG/GETTY IMAGES

ON THE MORNING of August 31, the first day of school, the 345,000 students in Miami-Dade County’s public schools fired up their computers expecting to see the faces of their teachers and classmates. Instead a scruffy little dog in banana-print pajamas appeared on their screens, alongside an error message. “Oh bananas!” read one message from the district’s online learning platform. “Too many people are online right now.”

A rudimentary cyberattack had crippled the servers of the nation’s fourth-largest school district, preventing its 392 schools from starting the year online. But even once the district had quelled the distributed denial-of-service attack and a local teen had been arrested for the crime, “Banana Dog” didn’t go away. If anything, the security breach merely obscured for a few days the crippling weaknesses in the district’s plan to move every aspect of its schooling—including a revamped curriculum—onto a platform that had only ever supported half as many students (and never all at once).

The rapid pivot to, and even faster pivot away from, K12 amounts to a case study in how not to deploy a massive new software project. It also illustrates how, in a few intense weeks of summer decisionmaking, a charter-school curriculum written by a for-profit company was chosen and installed, with little scrutiny, across one of the largest districts in the country.

When the 2019–20 school year ended in June, Miami-Dade administrators had been counting on reopening their school buildings in August. But the coronavirus was not on their side. In a matter of weeks Miami went from relatively spared to a pandemic hot spot, with positive test rates spiking well above 20 percent. “We are at the center of America’s epicenter for Covid-19,” district superintendent Alberto Carvalho told CNN in mid-July as he debated how to reopen schools. Later that month, he informed the school board of his plan to begin the year online only and to move all schooling to K12’s platform. The board went along with it, says Marta Perez, a board member. “Here you are coming in and telling us you’re going to solve our problems; everyone was enthusiastic,” she says of Carvalho’s plan. Moreover, he didn’t need the board’s approval, she says. “We never had the opportunity to really discuss it,” she says. A spokesperson for the district referred questions to a public statement by Carvalho.

Parents, students, and teachers had all complained to the board about the challenges they’d faced in the spring, when school buildings had slammed shut and teachers had scrambled to reinvent their classes online using a panoply of apps. Students leaned heavily on their parents to navigate the software jungle of their school day; for families with multiple children, the complexity became unmanageable. “Parents were absolutely overwhelmed,” says Sandra West, the president of the Miami-Dade parent-teacher association and a high school teacher who was involved in the early discussions. So when Carvalho presented a solution, she also reacted positively. “We were very confident that the plan was going to work out well.”

K12’s software promised to replace all the other apps that schools had been using. “It was billed to teachers as the Rolls-Royce of software,” says Karla Hernandez-Mats, president of the United Teachers of Dade. The district and the company rushed to implement it. At the end of August, all of Miami-Dade’s educators sat through six days of K12 training—and that’s when they started to panic.

The teachers received demo logins to try out the platform, but they didn’t work, and even the trainers struggled to access it, West says. From 8 am until 3:30 pm each day, teachers took notes without once trying the software themselves. “The training was make-believe, it was so, so complex,” says one teacher. “Even our techie teachers were lost.” On Facebook, teachers shared GIFs of dumpster fires and steaming poop emojis in response to the experience.

“That’s a very complex, aggressive undertaking. And to do it with 345,000 students and in less than a month? There’s a lot of hubris involved.”

Once the school year began in earnest, technical challenges persisted. Some students struggled to log in. Uploads could be excruciatingly slow. A particular sore point was the platform’s unreliable built-in video conferencing tool, called NewRow. It had issues with sound and screen-sharing. After about 15 minutes, the video quality started to degrade. It didn’t work on iPads or iPhones.

And then there was the built-in curriculum. K12 provided content, though teachers could change or supplement it. The lessons had been devised for K12’s virtual charter schools: for-profit schools that are entirely online and receive taxpayer money for every student enrolled. When some Miami-Dade teachers examined K12’s materials, they were horrified by what they found. One teacher came across a quiz for second graders with one question: “Did you enjoy this course?” Clicking “yes” allowed the student to ace the test. Several classes relied on K12’s paper workbooks, which the students didn’t receive. “One thing our educators complained about was, the rigor was not there. It was a very watered-down curriculum,” Hernandez-Mats says.

Teachers and families complained en masse. After an epic, 13-hour school board meeting that ended at 2 am last Thursday, the board voted to abandon K12. “It was just too much frustration, too much anguish from all parties,” says Perez, the board member.

K12 CEO Nate Davis attributes the debacle to the sheer amount of student data pouring in from Miami-Dade. It was a significant departure from K12’s normal mode where students don’t enroll, all at once, by the hundreds of thousands. Davis says K12 supports about 190,000 full-time students around the country. Properly setting up Miami-Dade should have taken four to six months, he says. Another difference was that K12 normally ships Microsoft laptops to its students, so it didn’t typically have to deal with students using Apple products.

But the selection of K12 was controversial from the start. The district awarded a $15 million no-bid contract to the company. Davis says the district chose K12 based on positive results at a small online charter school K12 had been running in Miami. Still, the company is not the first that comes to mind when school districts think about transitioning to a comprehensive new platform. “That’s a very complex, aggressive undertaking,” says Hill, the education tech analyst. “And to do it with 345,000 students and in less than a month? There’s a lot of hubris involved.”

Perez, the school board member, says the board has changed its rules so that it will have a say in major decisions about software. As for the inclusion of K12’s curriculum, she notes that the district was caught by surprise when coronavirus numbers spiked in the county, and that at the time their minds were mostly on addressing the issues raised by parents in the spring. “We were confident about the curriculum, that it had been scrutinized and that it met Florida standards,” she says. Only later did she start to worry about its content. (K12’s Davis notes that the curriculum aligns with the state’s standards and that that was part of its appeal.)

Miami-Dade’s teachers have now pivoted back to using two apps they’d used in the spring: Microsoft Teams and Zoom. “It’s mostly been sighs of relief,” Perez says. The episode would have been an expensive boondoggle, except for one thing: The district never signed its contract with K12. 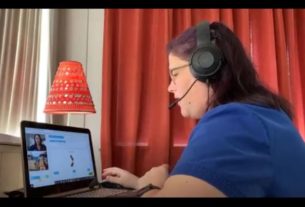 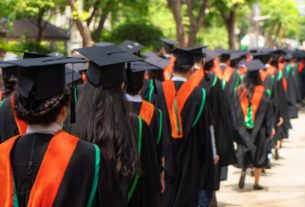 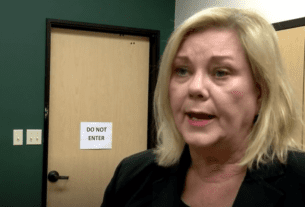