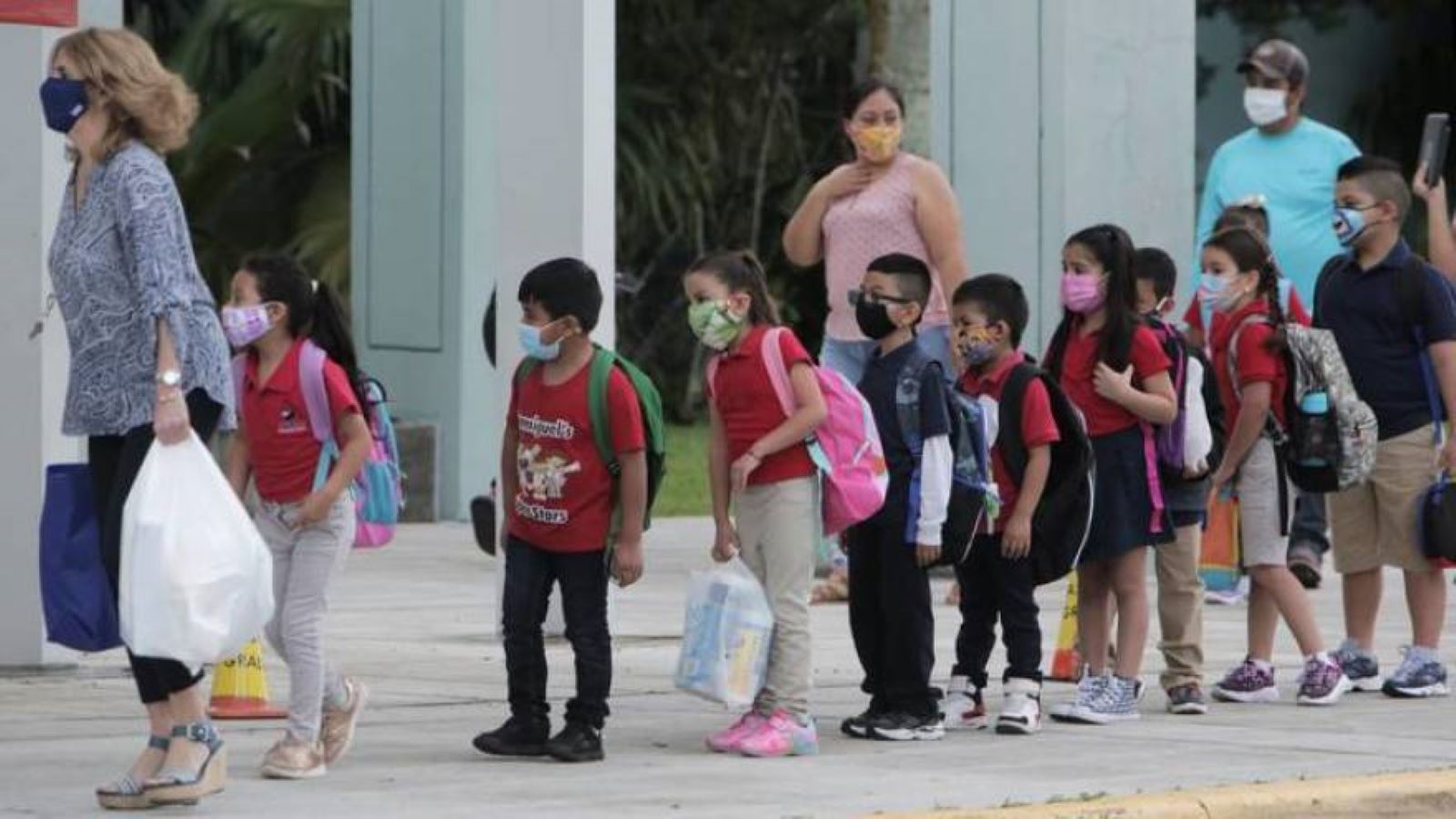 The leader of a project aimed at dismantling segregation sees Miami-Dade County Public Schools’ magnet programs as a model for the nation.

Miami-Dade County Public Schools is participating in a new national effort to improve racial and socioeconomic integration in schools, in part because of the district’s success with specialized magnet programs.

A national foundation is bringing together school districts, charter school management companies and housing organizations to share ideas about integrating schools and communities over the next two years.

At the helm of the project is the grandson of an attorney who was part of the legal team that mounted Brown v. Board of Education, the landmark 1954 U.S. Supreme Court case that ended legal segregation in American schools. Despite that ruling, schools throughout the country remain deeply segregated.

“There’s a way in which we talk about Brown v. Board, as if it’s ancient history, or as if it solved this big crisis in our society. But it just hasn’t,” said Stefan Lallinger, a fellow at The Century Foundation, a progressive think tank that is facilitating the integration project known as Bridges Collaborative.

Lallinger is a former principal and administrator in New York City and New Orleans. His grandfather Louis Redding was a pioneering Black attorney who argued key school segregation cases in Delaware that were ultimately combined with others from around the country in Brown v. Board.

“He dedicated his life to this, and it’s not solved,” Lallinger said, referring to his grandfather, who died in 1998 at age 96.

“So what should I do with my life? I should dedicate my life to it until it’s solved.”

The first cohort of the project includes leaders of 27 school districts, including Miami-Dade, as well as representatives from 17 charter schools and 12 housing organizations. The effort seeks to “[reignite] a nationwide movement for integrated schools and diverse neighborhoods,” by “providing them the space and opportunity to learn from one another, build grassroots political support, and develop successful strategies for integration,” according to the Bridges Collective website.

The participating organizations kicked off the project with a virtual summit last month.

“We had some very rich and deep conversations regarding race and how students need to feel empowered, enfranchised,” said Evonne Alvarez, reflecting on the summit. Alvarez is a Miami-Dade school district administrator focusing on school choice.

“What that looks like is increasing diversity in our schools, having programs that have equitable outcomes for all students, and especially making sure that students and underrepresented minority groups are included in programs that maybe they would not have access to otherwise,” Alvarez said.

One way to achieve the district’s goal of better integrating schools is by enhancing already successful magnet programs, which allow students to focus on a specialized course of study like performing arts or environmental science.

The district’s magnet programs are part of the reason it was chosen to participate in the integration effort.

“Miami-Dade County has a rich history of having magnet schools strategically placed throughout the county that do a fantastic job of drawing in a number of different types of families into those schools,” Lallinger said. “We think that there’s tremendous potential to carry that even further and to show big districts all across the country that this work really is possible.”

Lallinger acknowledges that his effort is part of a long history of attempts to dismantle school segregation, and that many of those attempts have been unsuccessful. But he argues there’s a reason to feel hopeful now.

He said his organization has received a lot of interest from people wanting to address school segregation following this year’s renewed movement for racial justice.

“This time feels different than it has for many folks in the past,” Lallinger said. “You have ordinary people standing up and demanding change.”

Photo: First graders at Redland Elementary in Homestead are led into the classroom by their teacher after being dropped off by their parents on Oct. 5. It was the first day of Miami-Dade County Public Schools opened for in-person classes since the onset of the pandemic. Jose Iglesias/Miami Herald 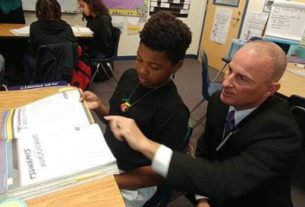