The program was created in 2018 to mixed opinions.

The Coach Aaron Feis Guardian Program was created to help further protect schools by adding armed personnel who are trained by police to respond to an active shooter. In total, $41,579,863 was taken from the program.

According to the Florida Department of Education, there are 42 counties currently participating in the Guardian Program.

The commission was tasked to investigate the Feb. 2018 mass shooting and provide a list of recommendations based on their findings to help prevent future incidents.

The state’s Guardian program allows individuals to be trained to protect schools in the event a school does not have the ability to contract with a police officer. The Guardian training is conducted through sheriff’s offices.

SB 7026 originally barred classroom teachers from signing up for the Guardian program, even voluntarily. During the 2019 Session, lawmakers approved a new bill (SB 7030) that allowed teachers to join and receive the required training.

That provision proved controversial, as Democrats argued against arming teachers, even if the training is voluntary.

Proponents pointed to the longer emergency response times in some rural districts, which would incentivize those districts to permit the arming of teachers.

The program was named after Aaron Feis, who was killed when he threw himself in front of students as bullets were being fired inside the school.

The 37-year-old, who also served as a security guard, was unarmed during the incident. The attack killed 17 people in all.

A full list of participating counties can be found online.

Jason Delgado covers news out of the state capitol for Florida Politics. After his time with the U.S. Army, Jason attended the University of Central Florida where he studies Political Science & American Policy. His past bylines include WMFE-NPR and POLITICO Florida. You can reach Jason at jason@floridapolitics.com or on Twitter at @JasonDelgadoFL. 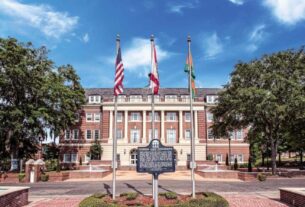 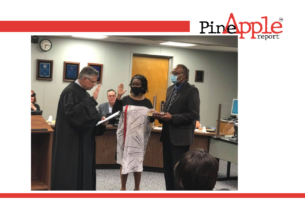