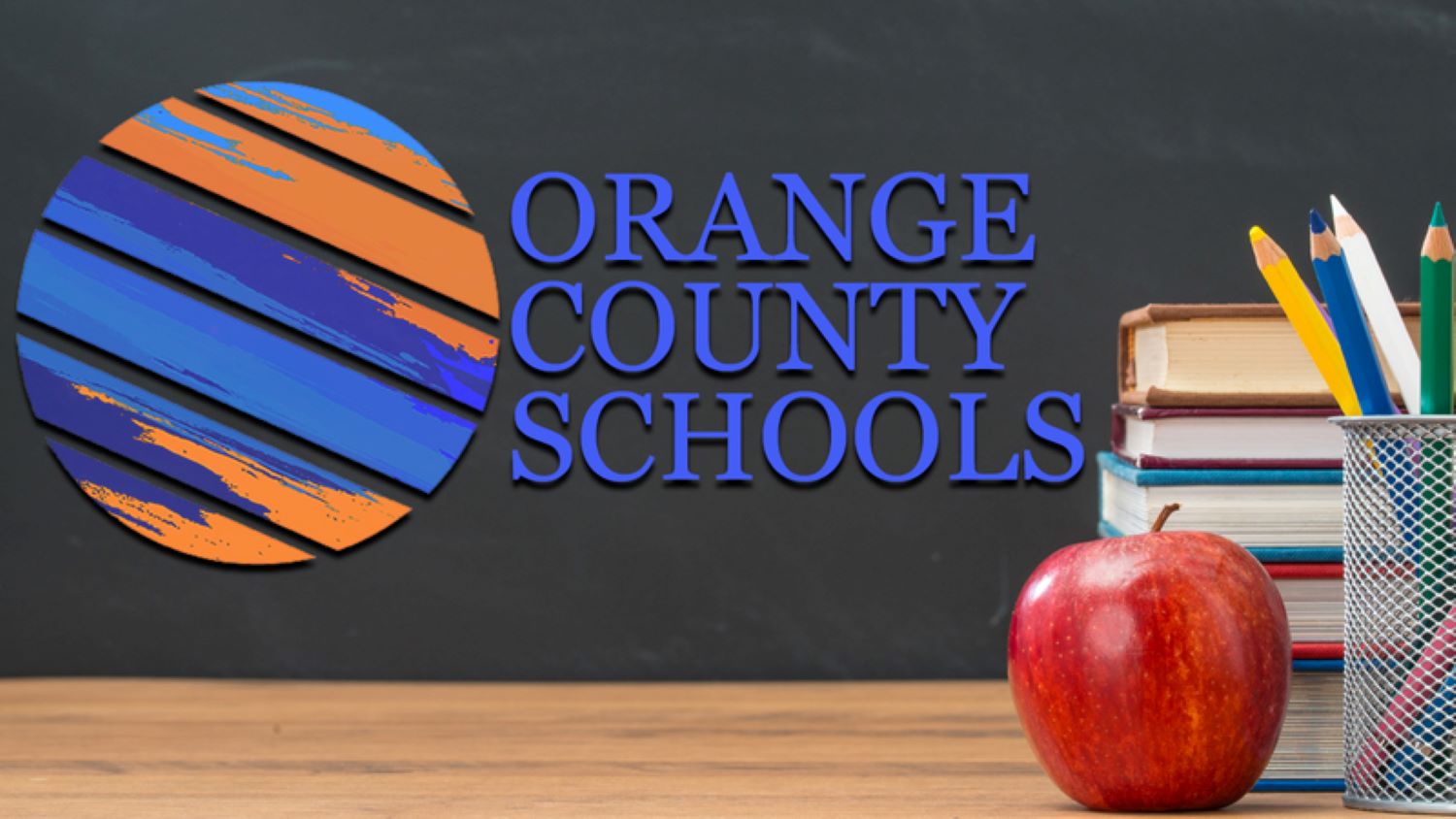 Eleven candidates are running for four seats on the Orange County School Board, facing off in the nonpartisan Aug. 18 primary.

Orange’s school board sets policy for the nation’s eighth-largest school district and its more than 210,000 students. The eight board members serve four-year terms and earn about $45,000 a year. Candidates must earn 50% plus one vote in August to avoid the runoff election Nov. 3.

How schools should open next month in the middle of the coronavirus pandemic is the key issue facing the current board. Those plans will be made well before new members are sworn in Nov. 17, but the new board will have to make COVID-19 decisions for the second semester of the school year. In interviews and questionnaires, candidates weighed in on issues and priorities.

Board member Pam Gould, in office since 2012, is running for a third term and faces two challengers, Prince Brown and Dayna Gaut.

Brown said the school board sometimes seems “without clear leadership and clarity.” As the husband of a county teacher and the father of three children in county schools, he said, he has “skin in the game” and would make sure the views of parents and teachers are heard.

If elected, Brown said he would push the board to build schools in the fast-growing district more quickly and to reduce the number of portable classrooms, which he views as too accessible to the public and a safety risk.

Brown said he wants to eliminate wasteful school spending and do more to boost teacher morale. He knows his wife is not alone in spending nights and weekends on school work and on spending family money buying supplies for her students.

His main focus, he added, would be students’ academic achievement. “We have to be laser focused on the success of our kids,” he said.

Gaut, 58, is a former paramedic, firefighter and public information manager who also taught for 10 years in the district before leaving to take care of her ailing mother. A longtime school volunteer, she also lives in Horizon West. Her grown daughter is a graduate of Olympia High School.

Gaut said she wants to do more to relieve crowding and rid Horizon West schools of so many portable classrooms, saying the board should have a better handle on growth. The crowding hurts students with early and rushed lunches, among other problems.

If elected, Gaut said she would also urge the state to end its reliance on standardized testing, which she said has “no academic value” and is used in a “dumb” teacher evaluation system, and work to boost teacher morale so that educators don’t leave years before retirement.

“We have to fix that because we cannot let good teachers go,” she said.

Gould, 57, is the CEO of Shepherd’s Hope, which provides free medical care to low-income residents without health insurance. The Windermere resident has been active in business, philanthropy and arts groups. She has two grown sons who both graduated from Olympia High.

Gould said she is running again to continue efforts she’s pushed for the past eight years. She said she has built strong partnerships with a variety of community groups, from the teachers union to the builders association, all to benefit public education in the county.

“I think I’ve gotten a lot of momentum going,” she said.

Though residential growth has outpaced available school funding, Gould said she has successfully pushed for schools to be built more rapidly. A new high school in Horizon West, for example, is now slated to open in August, 2021, two years earlier than once planned.

Gould, 57, said if elected, she would also continue to work for the expansion of career and technical education programs, which provide more options for students, particularly those not interested in college, and for programs that help the students with their social and emotional needs.

The district runs from Pine Hills south to Tangelo Park and takes in a number of Orlando neighborhoods, including Washington Shores. Kat Gordon has represented district 5 for the past 20 years but is not seeking another term. Three candidates — Bruce Antone, Vicki-Elaine Felder and Michael Scott — are seeking to replace her.

Antone, 59, is a state legislator who has been in the Florida House since 2012 and also served a four-year term starting in 2002. Term limits prevent him from seeking his House seat again this year.

Antone said his years in the House, plus time working as an aide to a state senator, have given him valuable experience, especially as he sat on education committees in Tallahassee.

“There’s a lot I learned about budget-making and policy-making,” he said. “It’s just a shift to the local level.”

If elected, Antone said he would work to address some of the poverty-related issues that impact students in the district, including internet access at home, and to make sure the schools have quality teachers for all subjects. He has heard too many reports of schools viewed as “challenging” places to work having substitutes, not permanent teachers, in critical subjects such as math and science.

Felder, 63, who lives in Washington Shores, is a longtime Orange teacher who currently works at Edgewater High School. Felder said her 39 years in Orange public education has given her a deep knowledge of school issues that she sees as beneficial to the school board.

If elected, Felder said she would work to improve communication between district leaders and employees and parents, making sure no one feared their job might be in jeopardy because they spoke out about an issue. She’d push for more technology training so online learning doesn’t intimidate some teachers or students and works better for youngsters with disabilities or those learning English.

And she’d work to boost teacher morale and pay. “I do know a lot of young teachers, they come and they leave, because of the workload and the responsibility and the pay,” she said.

Scott ran unsuccessfully for the seat in 2012 and 2016. He said he’s running again because he was a student with learning disabilities who sometimes struggled in Orange’s schools and said school leaders don’t always seem to appreciate those challenges.

The board could use the perspective of the “everyday family, the everyday mom and dad,” he said.

“I want to improve and challenge the board to be more innovative in how they interact with the students in the families and how they get information to them,” he wrote in a questionnaire.

Scott’s work helping at-risk Black and Hispanic boys in local schools has also given him a window into the issues students and their families face. If elected, he would push for more occupational training and internships and better mental health services. If mental health was addressed promptly, he said, students’ academic and behavioral problems would lessen.

The district includes a north-central chunk of the county that runs from Pine Hills to Dover Shores and includes Audubon Park, Baldwin Park, College Park, Maitland and Thornton Park.

Karen Castor Dentel won the seat two years ago, filing out the unfinished term of a member who left to seek another office. She is seeking re-election. Jonathan Hacker is challenging her.

Castor Dentel, 51, is a former elementary teacher in Orange who also served two years in the Florida Legislature. She lives in Maitland. Her daughter attends Winter Park High School, and her son is a 2019 graduate of that school.

Castor Dentel said she wants to continue her work to “elevate the voices” of teachers and parents in district decisions. Last year, when teachers fought a proposed compensation package that provided small raises and steep hikes in insurance costs, Castor Dentel was among those pushing for something better for the district’s teaching corps

“I want teachers engaged, and they have been. That I’m very excited about,” she said.

If re-elected, Castor Dentel said she would encourage education programs that address the “whole child,” including social and emotional learning, make district decisions and budgeting more transparent, and do more to ensure racial equity.

She would also continue her work, she said, to make the district a less top-down organization and one more welcoming to views from its employees.

Hacker, 40, lives in Pine Hills and works in the hospitality industry but said his employer asked him not to identify the company. He and his wife have two sons, ages 3 and 1.

By his own admission, Hacker is a former methamphetamine addict, who was arrested on drug possession charges, “lived in the gay lifestyle” but then “accepted Jesus in my heart,” got clean and became straight.

A victim of childhood molestation, Hacker said he is running because he wants to help students and parents who face tough situations. “I’m representing everyone’s voice,” he said.

“I will use my life experiences and my faith in God to help me in every decision,” he wrote in a candidate questionnaire.

The district includes the northwest section of the county, including all of Apopka and most of Ocoee and Winter Garden.

Melissa Byrd won the seat two years ago, filling out the term of someone who resigned to run for another office. She is seeking re-election and has two opponents, Ericka Bell and Jeannetta Maxena.

Bell did not respond to requests for interviews or information.

Byrd, 44, is a former teacher who worked as a substitute once she had children. She lives in Apopka, both her daughters are in public school and she said she wants to continue the work she started two years ago.

This spring, she urged the district to change the school dress code, which she said unfairly targeted girls. The board agreed and adopted a new policy in June, getting rid of subjective language about clothing that was “too tight, revealing or causes disruption.”

Byrd said she also pushed for a new kindergarten-to-eighth-grade school, set to open in 2022, that would help relieve crowding at two Apopka-area schools and for the district to open or expand specialized academic programs at local campuses that offer a “more innovative approach to everyday learning.”

If re-elected, she said she would continue to push for fair discipline policies for classrooms and to hold community meetings and reach out to the public to hear concerns.

“I believe that the only way you can effectively represent the people you serve is through listening to them,” she wrote in a questionnaire.

Maxena, 30, is a teacher who grew up in Apopka and lives in Plymouth. She worked most recently at Leesburg High School in Lake County and is now working on a graduate degree at the University of Central Florida.

She decided to run because some of the district’s low-income areas, including South Apopka and Zellwood, feel “marginalized” and not supported by district staff, Maxena said.

“I just want to be a voice for my community,” Maxena said, and “ensure every child has the best education no matter what neighborhood they live in.

If elected, she also would push for more reading programs because as a teacher she has witnessed how reading struggles are the core of most academic problems.

Maxena said she would also serve as an advocate for teachers and push for incentives to keep talented instructors in the classroom. 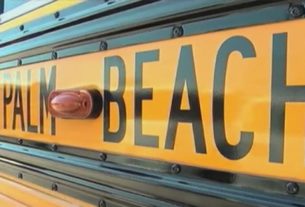 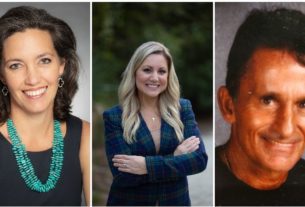