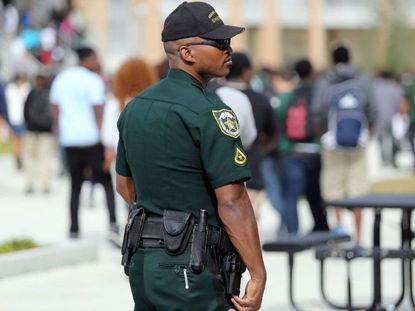 The Orange County school district has hired more than two dozen new police officers in the past year, many of them now serving as the second officer stationed at county middle schools.

But activists upset about policing on school campuses say the district has unwisely exceeded the demands of the law, which requires one school resource officer, often called an SRO, or armed guard on each campus.

“We feel the state requires one SRO per school,” said Chris Furino, organizer of Central Florida Jobs with Justice. “More is excessive. We just don’t think it’s a very smart use of tax dollars and money from the state.”

Furino’s group was part of a coalition of social justice groups whose members last week and in July urged the school board to cut back on spending for police and put more money instead toward counseling and social services for students.

Against the backdrop of a national conversation about police violence, more than a dozen speakers last week told the board that officers on campuses led to too many students getting arrested for misbehaving, with problems better left to school deans and counselors instead ushering youngsters into the juvenile justice system.

That creates the “school-to-prison pipeline,” they said, and disproportionately affects Black youngsters.

Last school year, for example, 52% of students arrested on Orange campuses were Black, though Black students comprise about 25% of the district’s enrollment, according to data from the Florida Department of Juvenile Justice.

After hearing from the speakers, the Orange County School Board approved its $2.2 billion operating budget for the current fiscal year, which included money for three new SROs, and one new SRO supervisor. The three SROs are to be stationed at three new elementary schools that opened in August.

Last year, the school district hired 24 new SROs, stationing them at 24 existing schools, most of them middle schools. Those positions are funded again in this year’s budget.

Nineteen of those 24 officers are “floaters,” meaning they are stationed at a middle school but will go to another campus to fill in if that SRO is absent. The other five are permanent second SROs on their campuses — three middle schools, one K-8 school and two alternative schools.

In an Aug. 10 memo to the Orange County School Board, Chief Bryan Holmes of the district’s police department said most of those hires were made to make sure the district could provide “bell to bell” police coverage on all campuses, as the 2018 state law requires.

Holmes’ memo discussed the arrangements for the 2020-21 school year and noted that five schools were getting a “second permanent SRO.” A department spokesman later said those five officers, plus the 19 who “float between schools,” if needed, were hired last year.

School board members and Superintendent Barbara Jenkins said two officers on the district’s larger campuses improves student safety and noted that’s been policy at the high schools for more than a decade.

“We go in the wrong direction by reducing the number of officers,” Chair Teresa Jacobs said at the board’s Sept. 8 meeting.

They improve safety when student fights break out, she said, and would be key if there was ever an armed intruder on a campus.

“There is a very important role for SROs in our schools,” Jacobs said.

Jacobs and the seven other board members all voted to adopt the budget, including the money earmarked for SROs. Jenkins noted the budget also included more money for student mental health services.

But many speakers said policing wasn’t where they wanted school money spent.

“I can tell you as the mother of three children of color an additional SRO does not make me feel safe,” said Denise Diaz, executive director of Central Florida Jobs for Justice.

“I’m deeply concerned about how Orange County is investing in school resource officers,” said another woman. “Instead invest in counseling,” she said. “We don’t need additional cops in our schools.”

Furino said the groups will continue to push the issue, despite the “disheartening” views of school leaders. “We still feel strongly about it.”

Some board members said they appreciated hearing the speakers’ views.

“I understand how our community feels,” said board member Johanna Lopez. “We are afraid of so many things because we watch the news, and we see so many unfair situations … with our communities of color, Latinos and African Americans.”

But Lopez also noted the arrests on Orange campuses had decreased in the past five years.

“We are improving,” she added.

The district will spend about $1.1 million more on “safe schools” this year than last. That increase will cover the four new SRO positions plus money to cover a greater share of the SROs salaries, among other costs.

The SROs are the employees of local law enforcement agencies — more than 60% come from the Orange County Sheriff’s Office — and the agency and the school district share costs. The district had been paying $49,000 per officer and will now pay $50,000.

In his August memo, Holmes also told the board that when it negotiates a new contract for SROs next year it may look to add provisions requiring that the officers — who are selected by their agencies, not the schools — meet certain requirements. Those could include standards about not having prior instances of excessive use of force or racism.

Jacobs sounded open to such changes.

“I think we need the absolutely best of law enforcement in our classrooms,” she said. 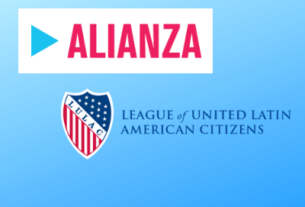 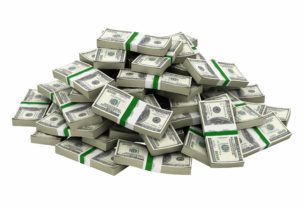