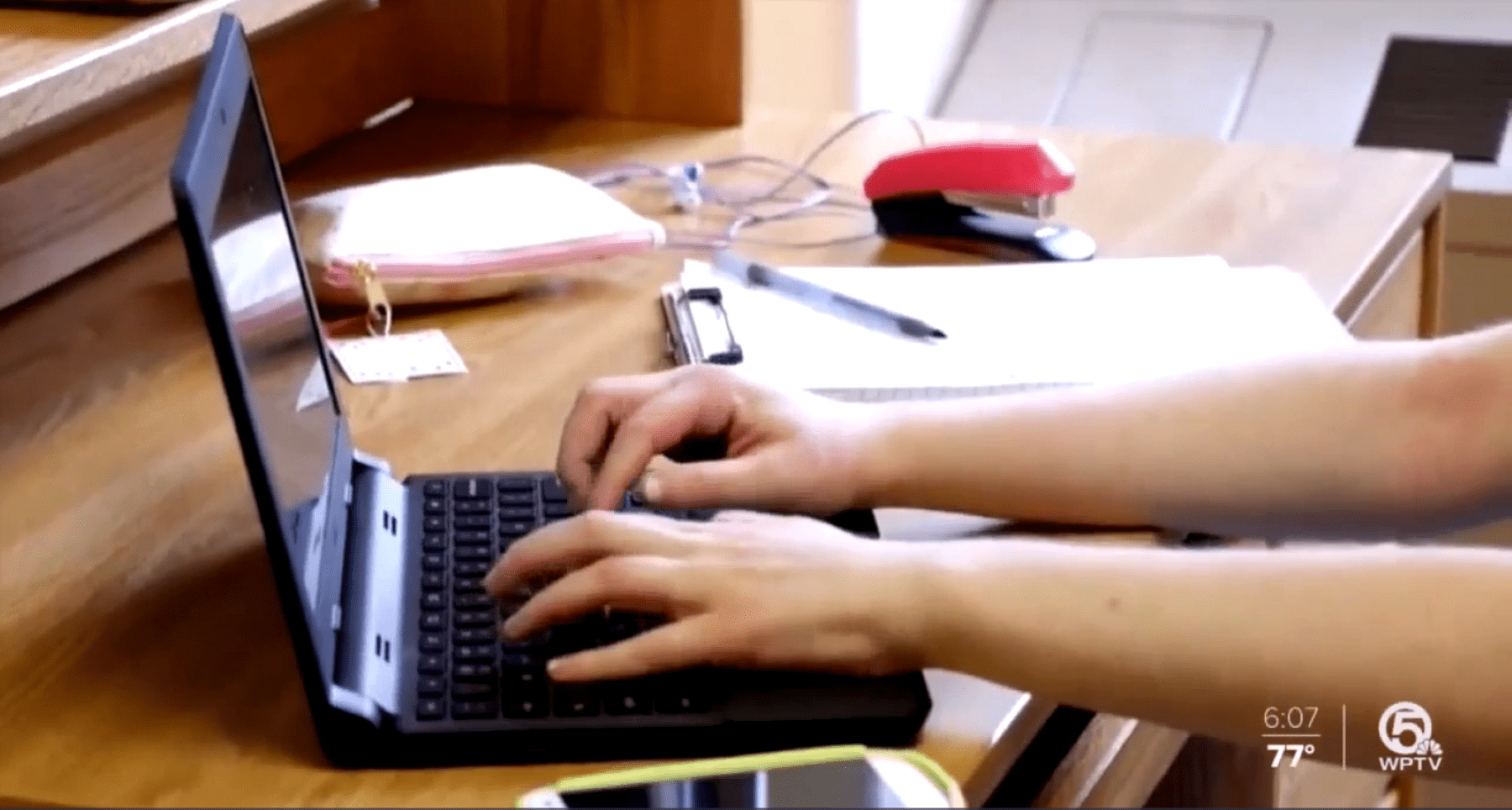 PALM BEACH COUNTY, Fla. — October marks National Bullying Prevention and Awareness Month, and the School District of Palm Beach County is as committed as ever to make sure students feel safe.

But the COVID-19 pandemic is impacting every aspect of our lives, and that includes how kids interact with each other and how school leaders can work to fight against bullying.

District leaders say they are getting fewer bullying reports for this point in the school year, but what they are seeing is mostly online and not in person.

Safe Schools Director Diane Wyatt says that is a product of the environment we are currently living in, with more students attending school online instead of in person. Wyatt says, “more kids with that computer in front of them, it’s almost as if it’s a safeguard in front of them because they can start something with another kid behind the screen instead of face to face.”

She says while fewer kids on campus has lead to less opportunity for physical bullying, there is a downside as well. Wyatt adds, “we dont have all of our kids face to face so we dont have the ability to look them in the eye and say how are you doing, what can we do- those pieces.”

And that’s where programs like Boca Raton Community High School’s ‘We Dine Together’ come into play. Teacher Jordan Hernandez helped spearhead the club a few years ago and it quickly garnered national attention. The club went from about 50 members in its first year to more than 300 today. But dining together these days isn’t quite so easy. Hernandez says, “we’ve been getting creative in how we engage students at lunch time so obviously its a little different because we would pack my classroom (before COVID).”

If you are a victim of bullying or you witness it, you can report it anonymously to the school district by calling the hotline at 561-434-8200 or filling out the online form found here.

When Hernandez started ‘We Dine Together,’ he says, “it really it had the sole purpose of trying to find students who were new to the school or sat by themselves, maybe they were in between friend groups and just kind of invite them in and have a free slice of pizza and meet some new people.” He says student leaders from different backgrounds with different interests all came together with “one common goal to break bread with one another and get to know each other.”

Last spring, he and several students began the #CoronaCant movement, as in Corona(virus) cannot stop us from being engaged and empowering each other. You can learn more about it here: https://www.coronacant.com.

The movement took on a big following, and earned national recognition as well. Hernandez started a podcast as well to help reach kids who were struggling and bring in clinical help to advise them.

“What we saw a lot of was the kids who were bullying felt isolated, they felt aggravated from being disconnected from teachers and students. Our job is really to try to engage those students who are struggling, students who may potentially be a bully or aggressor,” said Hernandez.

Hernandez says this new way of life has been difficult on the entire school community.

“It’s not just for the students, the teaching community, we feel out of sorts because we cant physically teach the same way we were before and students are trying to find their way with learning. We were having a mental health crisis before and now we’re seeing that even more exacerbated because of the inherent isolation and social distancing. We’re a club built on finding students who are isolated,” he says. “These conversations may not be happening at home, maybe their parents are emotionally absent so where do they get it? In school with their second parents who are teachers, so we’re having these conversations.”

He says it has been very rewarding to see the positive impact it is having on campus.

Hernandez says their virtual meetings have been vital during this time.

“A lot of our virtual meetings are students giving their own testimonials and they’re not the type of students you would expect. Pedro is a standout kid but Pedro will share openly in a vulnerable sense like hey I moved from another country, I was overwhelmed, these were my insecurity, this is what I struggled with and this is how I got through.”

Pedro Cleto graduated from Boca High last spring and was an active part of the ‘We Dine Together’ program and #CoronaCant movement. Now he serves as a mentor to the younger students to help them identify the opportunity they have to help others. The international student says he remembers the feeling of coming to a new school not knowing anyone, and how ‘We Dine Together’ made a difference in his life. “We felt the difference in the school community,” he says. “To break the taboo like its ok if you are feeling anxious, its ok if you are not feeling happy everyday but the best way to do it is to talk and seek help.”

“When we say bullying we identify bullying with the RIP component- repetitive, imbalance of power, purposeful actions, that’s a bullying incident. The teasing, inappropriate language, sometimes there are threats among students,” said Bullard.

Bullard says some of the cyber bullying is happening during school time but a lot of it is during non-school hours and on social media. She says most of it is on TikTok and SnapChat and among middle and high school students. “The few I’ve seen recently, someone says something during a google meet, someone logs someone out, someone texts someone inappropriately,” she says of recent bullying reports. “Right now because of virtual we don’t have a lot of the face to face contact so that’s why the numbers may not be as high as they would be at this time of the school year, so hopefully when more students are returning to campus we can keep those numbers lower.”

Wyatt wants students to know there is nothing wrong with reporting bullying. “They are not snitching. We get so many kids that talk about snitching, that it’s bad. They are helping to take care of themselves and take care of the kids around them and keep them safe. There is nothing wrong with speaking up and if you see something, say something. Being there to be that advocate for themselves and for others because they have their own voice and they need to feel comfortable to use that voice to keep themselves safe, to keep their friends safe and to be able to be protected in an environment where we as the adults need to be able to be aware of whats going to continue to protect them.”

The district also has a safe schools ambassador program, which involves student leaders reaching out to their peers to give them a safe place to talk about their struggles. Wyatt says it is “a group of students that reach throughout the school to the different groups whether you’ve got your band kids and athletic kids, because they want to be able to have kids representing the different areas and they teach those kids how to be that voice, and that advocate for each other on campus. We are seeing that program growing and were working with the advisors of the program to help give the kids a voice.” Jordan Hernandez helps supervisor the safe school ambassadors at Boca High.

Wyatt says the program is growing. “We’ve actually started to see our high school students in addition to being advocates on their own campus, they are now adopting an elementary school and working with the ambassador groups at the elementary school. And watching and listening to those elementary kids say how do you approach someone that is not treating another person fairly and get that voice and for them to be able to learn it from their big brothers big sisters type thing has been a great experience. It just builds those kids’ confidence and their awareness of what’s happening and gives them that skill set to be that voice on campus to advocate for the safety of others,” she says.

District leaders ask you be as specific as possible so they can do a complete investigation. 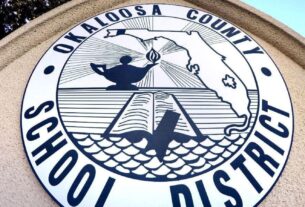 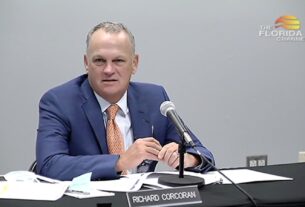 Florida makes it official: Remote learning will continue next semester 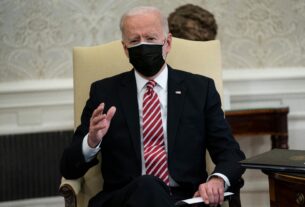