A group of Sarasota parents has sued the Sarasota County School Board, arguing that its policy requiring children to wear masks while at school denies them their right to an equal education.

The 59-page lawsuit was filed Oct. 21 in Sarasota County by Amy Cook and Gustavo Collazo, as well as Nicholas Eastman and Catherine Gonzales. The School Board is named as the defendant.

Several Sarasota County School Board members did not immediately return requests for comment on Monday. Board member Caroline Zucker said the board had not received a copy of the lawsuit as of Monday afternoon.

The lawsuit invokes the historic 1954 Brown v. Board of Education of Topeka race-based case that established that every child should have an equal right to education, as well as the Florida constitution, in its reasoning as to why students shouldn’t have to wear masks.

“The policy of mandatory facemask wear for students of tender years leaves parents with little choice: subject their children to a policy that is not in the best interest of their child, or to be compelled to home school their children in a manner that is both separate and unequal, and also results in additional harms unrelated to COVID-19. Most parents cannot make such a choice, given their own work requirements,” the lawsuit reads. “This ‘Sofie Choice’ (sic) is being foisted upon the citizens of Sarasota County in an irrational way, in violation of the Florida Constitution.”

The federal Centers for Disease Control and Prevention recommends that masks be worn in school as a way to prevent spreading diseases.

The School Board last week approved a proposal extending an emergency 90-day mask order requiring students to wear masks for most of the school day, with exemptions, through the end of the year. A majority of the School Board members, along with Sarasota Classified/Teacher’s Association union representatives, have cautioned that making mask-wearing optional could lead to an exodus of teachers. Before approving the extension, board members discussed the issue with Sarasota Memorial Hospital infectious disease expert Manuel Gordillo, Florida Department of Health in Sarasota epidemiologist Michael Drennon and FDOH Sarasota director Chuck Henry.

The lawsuit argues that the onus is on the government to demonstrate that less “restrictive” public health efforts haven’t worked. And although the intentions of mask-wearing policies might be good, the lawsuit said, that doesn’t mean it’s the right thing to do.

“Indeed, the greatest threats to our system of constitutional liberties may arise when the ends are laudable, and the intent is good – especially in a time of emergency,” the lawsuit reads. “In an emergency, even a vigilant public may let down its guard over its constitutional liberties only to find that liberties, once relinquished, are hard to recoup and that restrictions – while expedient in the face of an emergency situation – may persist long after immediate danger has passed.”

In a sworn affidavit, Collazo and Cook said that they have three children enrolled in Sarasota County schools with “severe” allergies. The other two plaintiffs did not specify whether their children have health issues, but did say that they believe mask wearing is not within their children’s best interests, physically, emotionally or psychologically.

What it comes down to, according to the lawsuit, is who has the right to make decisions for children – the School Board, or the parents.

The lawsuit was filed with the help of a GoFundMe organized by Cook. The goal was $11,000, which covers the cost of the suit from beginning to end, according to the GoFundMe page. As of Monday $11,360 had been raised. 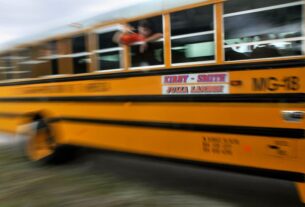 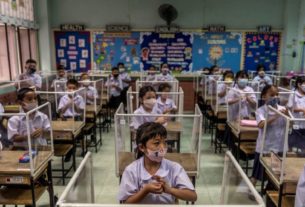 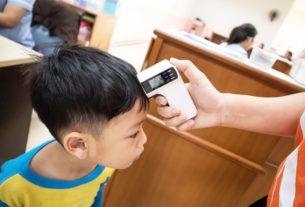