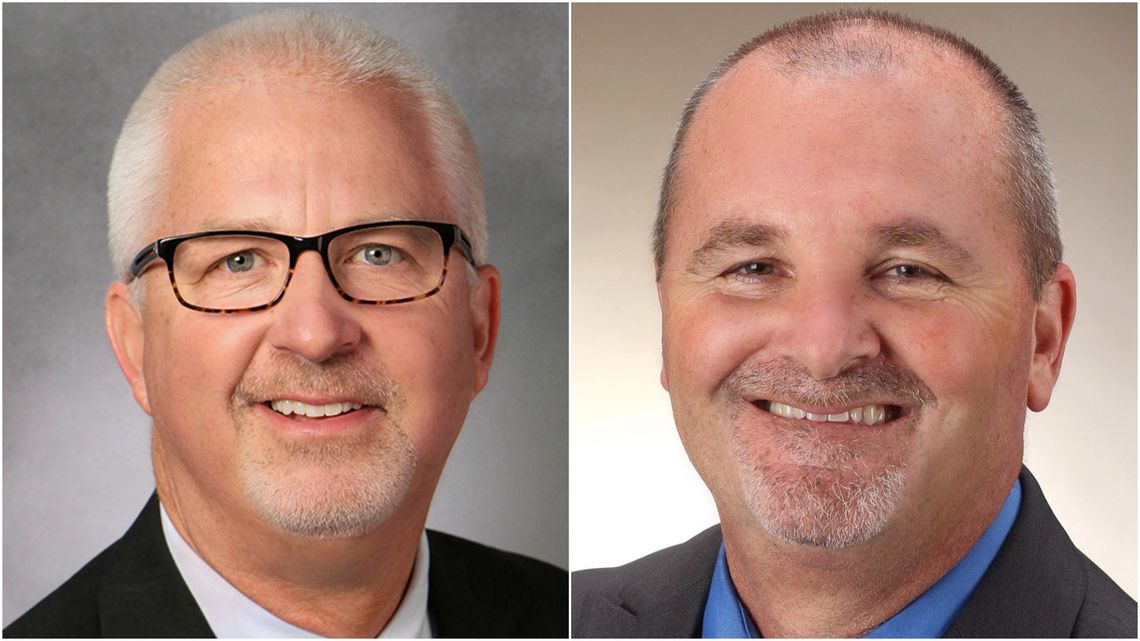 The move comes one week before official qualifying for the August vote.

Pasco County school superintendent Kurt Browning demoted and transferred his election rival David LaRoche on Tuesday, saying he wanted someone who supports the district’s current long-term vision in charge of Hudson High for the coming year.

Hudson High sits at the center of a planned overhaul for northwest Pasco schools.

“It is important that we have all the right personnel in place to ensure the success of the program,” Browning said in an e-mailed statement. “While I try to avoid commenting on the performance of any specific employees, I will say that the current principal is not supportive of the direction that the School Board and I are going with our schools.”

LaRoche, who has led Hudson High for more than 12 years, said he was blindsided by a call from two assistant superintendents who told him to clean his office and return his keys by the end of the day. He rejected the notion that he did not support the plans to improve Hudson, and lamented that a new principal who is not part of the community will be taking over.

“I am all Hudson,” he said, his voice becoming emotional. “He really did rip my heart out today.”

Browning appointed Schwettman Education Center principal Alondra Beatty-Woodall to take over Hudson High. She previously was an assistant principal at Anclote High, meaning she has experience with the Cambridge program that is coming to Hudson.

“We are fortunate to have an administrator ready to step in who is uniquely qualified and prepared to lead this transformation,” Browning said. “We owe it to the students and their families, and to the staff, to make the changes necessary to ensure success.”

LaRoche was assigned to become an assistant principal at Mitchell High School. The action came amid the district’s annual administrative reappointments.

The only other major new change announced was the placement of Hudson Elementary principal Adrian Anthony in charge at Schwettman, replacing Beatty-Woodall. The School Board has closed Hudson Elementary and reassigned its students to other schools.

“Kurt Browning is a coward and obviously feels threatened about the upcoming election!” Hudson resident Christian Kelly wrote on Facebook. “I really hope many numbers show up for the board meeting and put a stop to this. Dr. David LaRoche deserves much better than this.”

The School Board meets by telephone today, and will not be at its usual meeting location. The board also has no direct power to overturn the superintendent’s administrative appointments, except for cause.

Find all our newsletters

Politics is generally not considered “cause.”

LaRoche is a 30-year district teacher and administrator. He also attended Hudson High as a student. He has said in the past he knew that running against his boss could be risky for his career, but that he was willing to take his chances because he believes the district needs change at the top.

Still, he said he wanted to simply talk about issues during a campaign and let the chips fall where they may. Not this.

“Why couldn’t we let this all run out normally?” LaRoche said of the election, calling the move political and a horrible way to treat a veteran employee.

Bayonet Point Middle School teacher Cynthia Thompson also has announced she will seek the superintendent job. Pasco is the largest school district in the nation with an elected chief executive.

Qualifying for the ballot begins Monday.