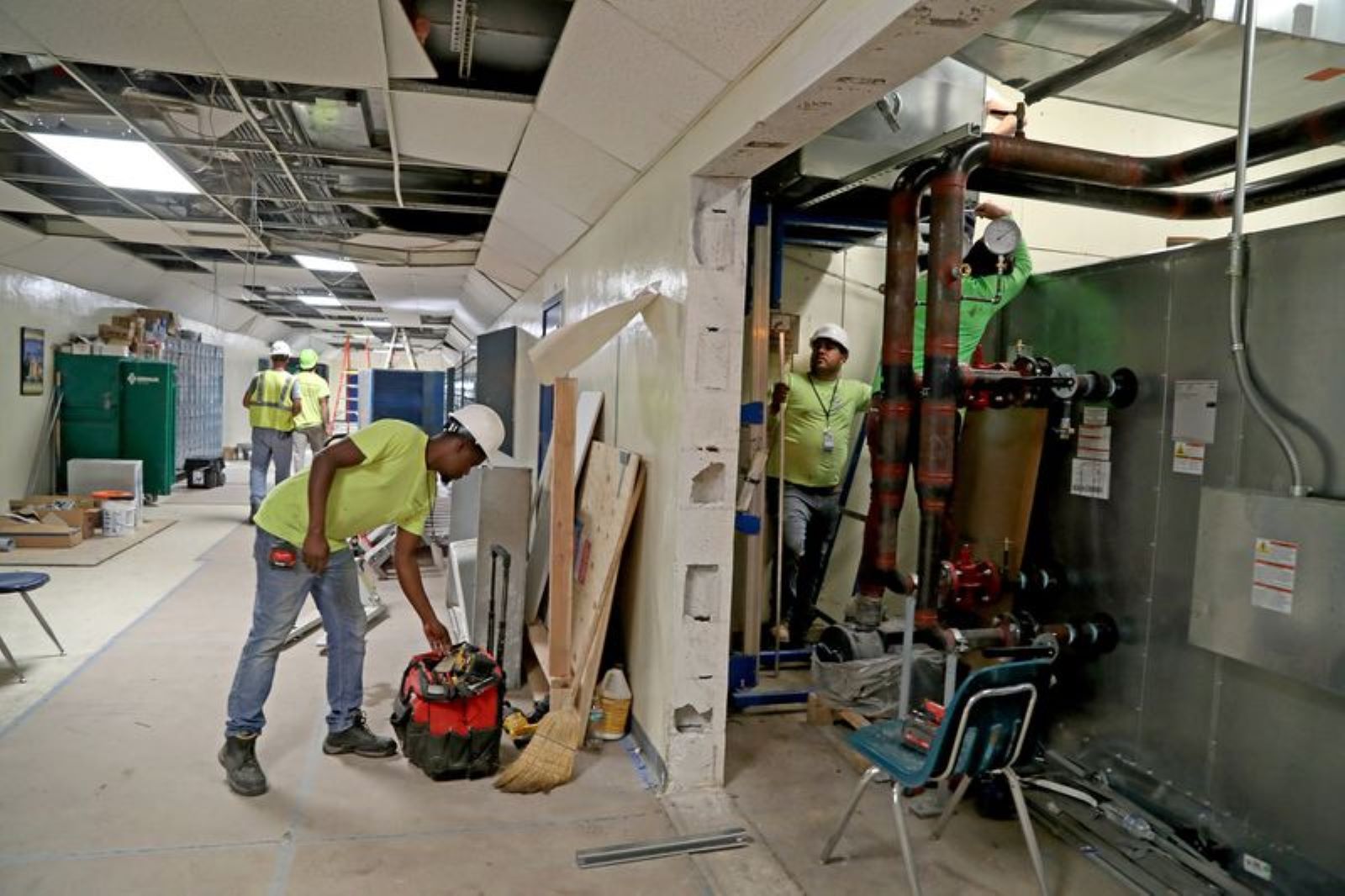 May 6, 2014: The Broward County School Board agrees to move on plans for an $800 million bond referendum to improve or replace decaying facilities and outdated technology and to enhance safety, arts and music and athletics.

May to July 2014: The school district and a consultant evaluate all district schools.

Jan. 15, 2015: Jacobs Engineering Group, which has bid to become program manager for the bond, is accused of violating a required cone of silence, which later causes the school district to throw out all bids and start over.

May 14, 2015: The district cancels a committee meeting to select a program manager after it’s determined it wasn’t adequately advertised, violating the Sunshine Law.

June 2, 2015: The district scores vendors vying for three possible construction program manager positions. The individual committee member scores are never read publicly, a violation of the Sunshine Law. The results are thrown out and the meeting is held again June 16.

July 15, 2015: Parents and staff at Stranahan High, a poster child for bond renovations, are angry when they are told construction won’t begin for another year. In reality, it’s September 2018 before construction starts.

Aug. 3, 2015: The district’s newly formed Bond Oversight Committee meets for first time but can’t take action due to lack of quorum. It becomes a recurring problem for the committee.

Aug. 18, 2015: The district agrees to pay $16.2 million to Heery International Inc. to become program manager for bond construction. With several extensions, the district ends up paying at least $70 million to the company, later called CBRE Heery, over a five-year contract period.

Sept. 1, 2015: Derek Messier, the district’s chief of facilities resigns to take a job in Chicago.

Sept. 16, 2015: Atkins North America gets a $6.5 million contract to oversee the costs of the $800 million bond referendum. They later receive $5.9 million more from contract extensions.

Oct. 6, 2015: Purchasing Director Ruby Crenshaw resigns following numerous problems in her department, including a failure to seek bids for any school construction projects since November 2014.

Oct. 20, 2015: The school board hires Leo Bobadilla, of the Houston school district, as the new chief facilities officer. Three School Board members object because of an audit that outlined overspending there.

Nov. 3, 2015: The School board approves proposals to put three schools out to bid: Stranahan High in Fort Lauderdale, Northeast High in Oakland Park and Blanche Ely High in Pompano Beach, all considered poster children for the bond.

Nov. 9, 2015: The Broward State Attorney’s Office says the district facilities department failed to get approval before starting a demolition project, a likely violation of state law.

March 31, 2016: The district rejects all bids for the major work at Stranahan, Northeast and Blanche Ely, saying the winning contractor submitted additional conditions that made its bid ineligible.

April 5, 2016: The Broward School Board receives data that shows the district may have botched its cost estimates for the bond. But the district can’t validate any of the data because it no longer has access to proprietary software from a former consultant.

April 5, 2016: The School Board learns that a roofing project for Silver Trail Middle in Pembroke Pines was approved to go out for bid in December 2014 but never had. Nine other schools were similarly stalled.

April 12, 2016: The district agrees to start using Construction Manager at Risk, a type of contract slammed in a 2011 grand jury report as leading to millions of dollars in waste.

Aug. 30, 2016: Although the slow progress of the $800 million bond referendum becomes a campaign issue for School Board, all four incumbents up for re-election — Robin Bartleman, Patti Good, Rosalind Osgood and Heather Brinkworth — keep their seats.

Oct. 10, 2016: A former student walks into the cafeteria of Coral Springs High with a loaded handgun and a plan for a school shooting, police say. It’s thwarted before anyone is injured. Coral Springs High is one of the dozens of Broward County schools scheduled to get some of the $800 million to install gates and fencing to restrict visitor access on to campus, but the project is behind schedule.

Nov. 23, 2016: The School Board asks the Office of Inspector General for the U.S. Department of Education whether it can oversee its spending as it relates to the $800 million bond. But the office says it has limited resources and would refer complaints to other agencies.

June 14, 2017: Broward schools grossly overpaid for asphalt for its athletic tracks and playgrounds and failed to get required permits, a district audit finds.

June 27, 2017: The cost to renovate a swimming pool at Stranahan High is now $1.5 million — almost six times more than projected.

Sept. 4, 2017: A South Florida Sun Sentinel investigation finds at least 25 reports of mold or mildew that were still unresolved months to years after they were filed.

Nov. 7, 2017: After giving him high marks on his annual evaluation, the School Board renews Runcie’s contract through 2023 and gives him a $28,000 raise, despite some board members’ concerns about the slow bond progress.

Feb. 14, 2018: Marjory Stoneman Douglas High in Parkland becomes the site of a mass shooting that leaves 17 dead, raising questions about why the school district hadn’t spent $100 million that had been earmarked for safety and security.

March 20, 2018: The school district seeks bids to replace the Stoneman Douglas building that was the site of the tragedy after receiving $25 million from the state. District officials say it won’t affect the progress of bond-funded projects.

May 8, 2018: The school board agrees to ask voters for another property tax increase This one, approved in August, will pay teachers more and hire more police and security staff, expenses that can’t be funded with the 2014 bond.

June 19, 2018: School board members review a report from Florida TaxWatch urging them to have “candid conversations” about why so many projects are stalled and whether the school district will be able to make good on its promise to complete the bond program.

July 24, 2018: School Board members acknowledge they may not have enough money to coverskyrocketing costs, putting projects in jeopardy.

July 31, 2018: The School Board agrees to build 24 new classrooms and lab space for Northeast High. The total cost for school renovations has skyrocketed from $14.5 million to $41.2 million.

Aug. 21, 2018: Broward School Board cancels a design contract for two schools with LIMCO, a Jamaican engineering firm with little experience doing work in the U.S. The company’s remaining six projects are canceled in 2019 and 2020.

Aug. 28, 2018: Despite concerns over the bond and school safety, all School Board members up for re-election win, except for Ann Murray who is later victorious in a runoff. Abby Freedman didn’t seek re-election.

Sept. 18, 2018: Runcie appoints Frank Girardi, director of construction, as the new head of the bond program. Facilities Chief Leo Bobadilla is relieved of his duties overseeing the bond, although he maintains his title and $196,000 salary.

Dec. 17, 2018: The first of 233 schools in the Broward bond program is complete, a renovation at Manatee Bay Elementary in Weston, Frank Girardi announces at a Bond Oversight Committee meeting. The school is also one of the newest, built in 2001.

Dec. 20, 2018: Leo Bobadilla, who had led the bond program until he was removed in September, and Tony Hunter, the chief information officer who oversaw the technology portion of the bond, both submit their resignations.

Feb. 13, 2019: On the eve of the one-year anniversary of the Stoneman Douglas tragedy, Gov. Ron DeSantis announces he will impanel a statewide grand jury, which will look into failures related to security and bond programs statewide, with a focus on Broward.

May 31, 2019: The second of 233 schools in the Broward bond program is complete, a renovation at Indian Ridge Middle.

June 25, 2019: The district terminates its contract with Gilbane Building Co. for renovations at Northeast High due to disagreements over cost, further delaying this project, which was a poster child for the bond.

July 15, 2019: The district’s building inspector temporarily issues a stop work order for Gilbane for Stranahan High, another poster child for the bond, citing numerous issues that have gone uncorrected after 24 failed inspections.

Aug. 8, 2019: Broward schools Audit Committee reviews an audit that criticizes management decisions by CBRE Heery, the district’s consultant running the bond program. School Board members extended the company’s contract for $21 million two days prior without having read the audit.

Aug. 14, 2019: Broward school officials say their long-delayed single point of entry projects are all operational in time for the start of school.

Jan. 27, 2020: Broward School Board members demand fixes to the district’s troubled maintenance department, which has been unable to keep up with a huge backlog.

Jan. 28, 2020: Broward School Board members learn that to finish all 233 projects by 2023, they’d have to start 24 and complete 16 schools each quarter. Only nine schools have been completed so far. District officials acknowledge that’s unlikely and plan to bring a new timeline back at a February 11 workshop.

Feb. 7, 2020: A culinary lab at Western High in Davie has finished two years ahead of schedule, raising questions why it got moved ahead of numerous higher priority projects at crumbling schools.

Feb. 11, 2020: A district roofing inspector predicts that the district’s renovations could linger on until 2032 due to a shortage of qualified roofers.

April 7, 2020: The district’s decision to buy Recordex interactive boards with bond and other dollars sparks and audit and investigation by the grand jury, after the Sun Sentinel raises questions about former Chief Information Officer Tony Hunter’s ties with the supplier.

July 21, 2020: The School Board awards a $65 million contract to AECOM, an engineering firm, to replace CBRE Heery, whose five-year contract is expiring.

Aug. 13, 2020: Broward Schools have failed in their efforts to replace more than 200 roofs largely due to using unqualified contractors, whose plans are rejected by strict building inspectors, an audit found.

Aug. 18, 2020: School Board incumbent Heather Brinkworth, whose district includes Northeast High and Stranahan High, is defeated by Sarah Leonardi, with the slow bond progress being a major campaign issue.

Sept. 28, 2020: A wheelchair lift for the restrooms at the Blanche Ely High gym is finally to delivered, a decade after promised. The project was put on hold in the early 2010′s and added to the bond, where it faced further delays.

Oct. 5, 2020: A new Bond Oversight Committee report shows Broward schools continue to make little progress in finishing work, with only two small projects completed between April and June. The report is supposed to be scheduled at a meeting but is canceled due to a lack of quorum.

Dec. 10, 2020: In an interim report, the statewide grand jury blames the district’s inspections department for delays and cost increases in the Broward school bond program, saying it imposed overly stringent standards to secure work for “preferred vendors.” The grand jury recommends all districts turn this function over to city or county inspection departments.

Photo: Mechanical and electrical work in progress at Stranahan High in Fort Lauderdale as seen on Oct. 31, 2019 is part of the $800 million bond referendum approved by Broward voters in 2014 to repair aging schools and improve technology and safety. (Susan Stocker / South Florida Sun Sentinel) 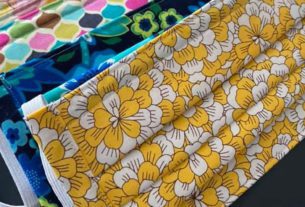 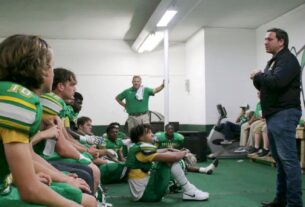 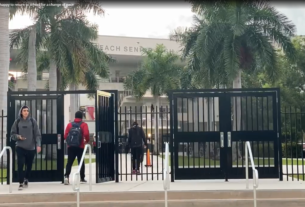