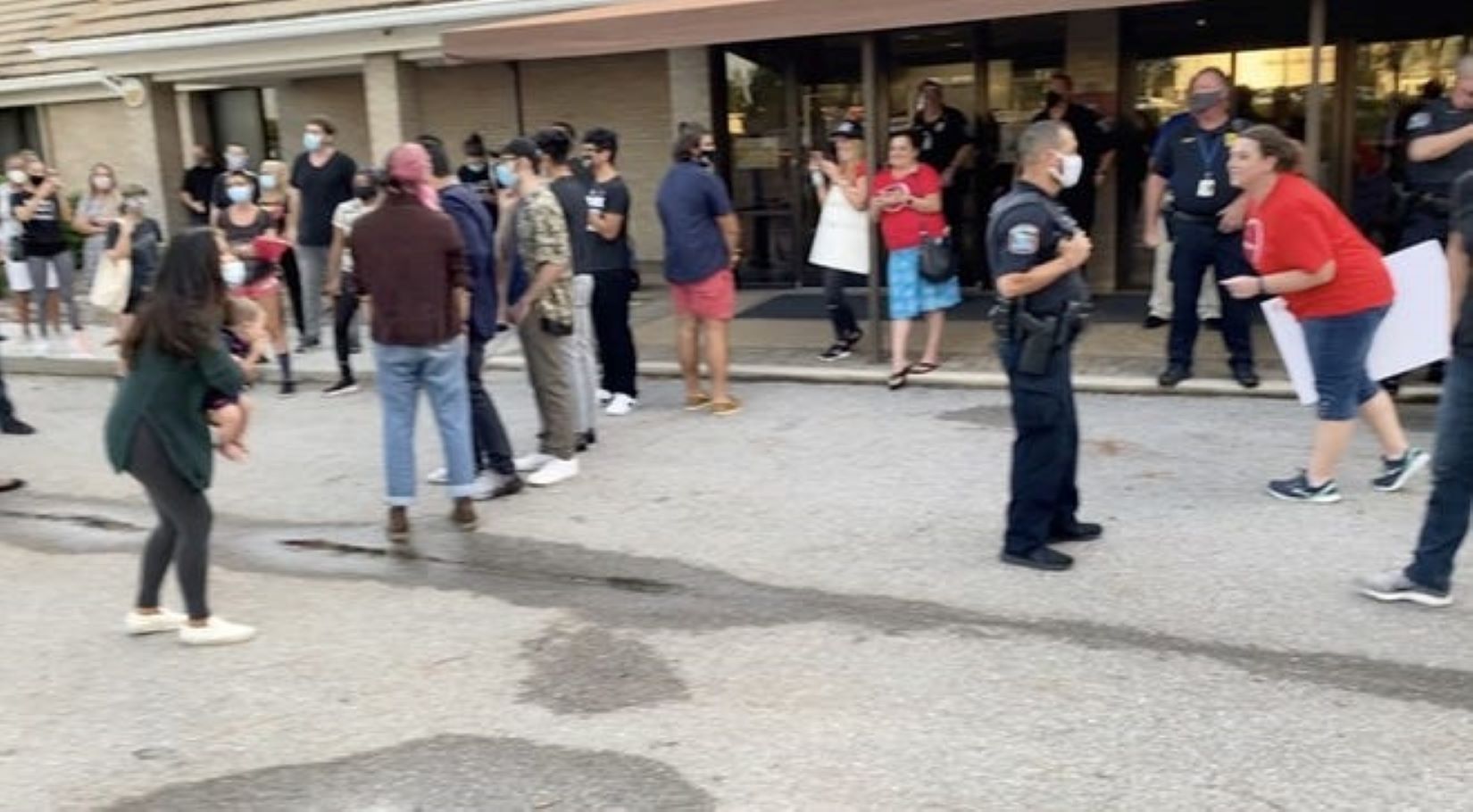 After two Sarasota County School Board meetings where opponents to district policies have shown up in large groups, the board voted Tuesday night to give the superintendent authority to install greater security measures.

As a result, attendees at future School Board meetings will be required to submit to a metal detector search with a wand before entering the board’s meeting chambers.

The policy approved by the board Tuesday doesn’t specify when or where enhanced measures will be deployed, and there is no expiration date for the new authority. Board members said they were concerned at increasingly tense crowds showing up to yell at the board and each other.

“It started at our last board meeting when the people were becoming very, very loud and I had to clear the room,” board chairwoman Caroline Zucker said. “As a result of that we thought there should be somebody there.”

The last two School Board meetings have been particularly raucous, with opponents to the district’s mask policy disrupting the proceedings on Sept. 15, and those same protesters coming back in larger numbers, along with several Black Lives Matter activists, at the meeting on Tuesday.

Small groups of protesters chanted slogans back and forth in the parking lot in front of the building, and the lobby was filled for most of the evening with people waiting to have their turn speaking during public comment.

While many of the public commenters were upset with the board, there were minimal disruptions inside the boardroom. The upset parents who had been shouting at the board during public comment two weeks ago mostly followed Zucker’s instructions to obey decorum rules.

Board member Shirley Brown said she had spoken with people who had been harassed by anti-mask protesters at the last board meeting, and she said board members did not sign up to be heckled by the public either.

District spokesman Craig Maniglia said earlier this summer a woman dressed as the Grim Reaper walked into the board chambers, and as angry protesters have shown up in larger numbers in recent weeks, the superintendent is opting to ramp up security.

The measure passed with a 4-1 vote, with outgoing board member Eric Robinson the lone “no” vote. He called the move “almost disgusting” and said on Wednesday that his fellow board members were more worried about getting yelled at by the public than by any actual public safety issues.

“All their arguments and concerns were about how negative the comments were,” Robinson said. “Because we were getting negative comments, they wanted to wand people.”

Michael Barfield, President of the American Civil Liberties League of Florida, said he didn’t think the move violated the state’s constitutional right to attend open meetings, but it concerned him because it could have a chilling effect on people being willing to attend.

“It’s the drip, drip, drip of imposing upon our freedoms to the point where we are practically living in a police state,” Barfield said.

Because law enforcement officers are required to have probable cause before conducting a search that will hold up in court, the district will have to hire an outside security firm to do the security checks, rather than using Sarasota County School District Police.

Board attorney Art Hardy said if a sworn law enforcement officer found contraband during a wand search to gain admission to a building, a lawyer could argue that it was a “bad search” with no legal basis, and the evidence could get thrown out.

The cost of the private firm was not part of Tuesday night’s discussion.

The vote technically allows the superintendent broad discretion to install metal detectors wherever he wants, although the board could rescind it at any time, and the superintendent can’t spend more than $50,000 without board approval.

The entire focus of Tuesday’s discussion was improving security during board meetings, and there was no mention of new security measures at other district sites.

Board member Bridget Ziegler said she hopes this is a temporary measure during a particularly tense time.

“Hopefully that will provide peace of mind for anyone to come and say what they want to say,” she said Wednesday.

Following the shooting at Marjory Stoneman Douglas High School in Parkland in 2018, the School Board spent roughly $23 million to improve the physical security at school sites, with most of the focus going toward securing front offices, creating one entry to each school site and improving perimeter fencing at schools.

In January, board attorney Art Hardy presented the board with the option of granting the superintendent authority to ramp up security if deemed necessary, and the board changed its policy then, without enacting the permission.

At the time, Hardy said he had researched other school boards and found that several throughout the state had either walk-through metal detectors or wanding procedures in place before people could enter the boardroom. 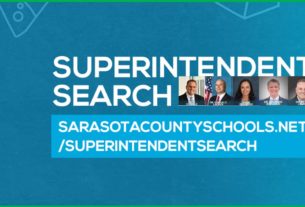 Sarasota School Board members pick their new superintendent next week and they are ready for a fresh start. 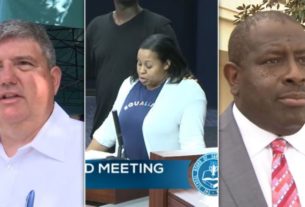 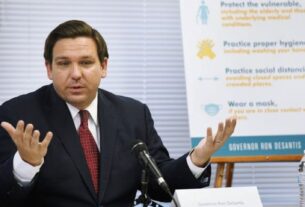