The FHSAA held a meeting Monday to determine the future plans for fall sports in 2020-21, electing to retain a start date of July 27.

In a marathon emergency board meeting Monday afternoon that stretched deep into the night, the Florida High School Athletic Association board of directors voted Monday to retain its start date at July 27 amid the coronavirus pandemic.

For the six FHSAA fall sports: football, volleyball, bowling, cross country, golf and swimming, the opening to the calendar remains for now unchanged.

That comes in spite of a recommendation from the FHSAA’s sports medicine advisory committee, which urged the association to push back the start of football and volleyball.

A motion from Wewahitchka athletic director Bobby Johns, passed 10-4, held the opening to the fall calendar at July 27 and takes the following actions:

* Keeps the current calendar, which opens fall sports at July 27, in force. Johns emphasized, however, that schools would not be required to start at that time.

* Asks the FHSAA staff to come up with a date by sport — still to be determined — to declare an intent to continue on to the state series.

* For any schools not moving on to the state series, the motion instructs staff to work with those schools to help them to schedule additional regular season games through the conclusion of the state series, which ordinarily would close on Dec. 12.

It took nearly five hours to conclude the meeting, aiming to chart a safe course to restarting a high school athletics world that’s been nearly frozen since March.

And after all that, as Johns noted, there are no guarantees in a state adding roughly 10,000 COVID-19 cases per day.

“A lot of this may be moot because we may get shut down again,” Johns said.

Also in the plans is to review the findings of the association’s sports medicine advisory committee, which laid out its plans in a stark presentation at the opening of a meeting with close to 4,000 viewers across online platform Zoom and YouTube.

Dr. Jennifer Maynard, sports medicine consultant at Mayo Clinic, issued the recommendation of the committee that football and volleyball be delayed for weeks.

To safely resume football or volleyball, Maynard said the state would have to record a documented downward trajectory in positivity rate for tests and an average of less than 5 percent over a 28-day period.

Schools would also need to have at least two weeks of practice before beginning competition, a provision already in place under the standard FHSAA calendar.

The sports medicine advisory committee, Maynard said, also recommended students would need to fill out a questionnaire and a waiver. All of its measures had passed 10-0.

Cross country, however, might have to begin with staggered starts to prevent overcrowding at start lines.

Tampa Plant athletic director Lauren Otero said the committee plans to meet again within the next week, on Thursday, Friday or Monday, at a time to be determined.

The association turned down possibilities that would have altered the start date.

Faced with a set of sweeping recommendations from its Sports Medicine Advisory Board, the association unanimously denied a plan that would have staggered the start of the high school season among different sports.

However, Johns — whose county, Gulf County, has recorded Florida’s fifth-fewest COVID-19 cases to date — spoke out in opposition to moving the start date.

If the committee moves the date, Johns said, “we need to be prepared today to address the dominoes that are going to fall.”

Administrators from around the state highlighted the multitude of challenges facing the plans to restart.

“We, whether we want to recognize it or not, are the epicenter of this thing around the world,” Schusterman said.

The news follows the cancellation of last spring’s season, which halted abruptly in mid-March as the coronavirus intensified its spread around Florida. Despite several delays as the FHSAA retained hopes of resuming the season later, the association finally called off spring sports on April 20.

Florida is among many states facing similar decisions during the pandemic.

Earlier on Monday, the Georgia High School Association voted to push back fall sports by two weeks, and the California Interscholastic Federation voted to realign its sports calendar, moving fall sports into spring with a start to competition expected in December 2020 or January 2021. 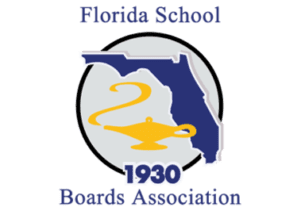 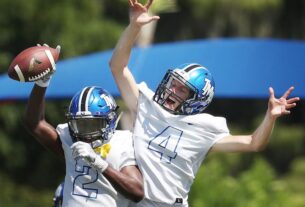