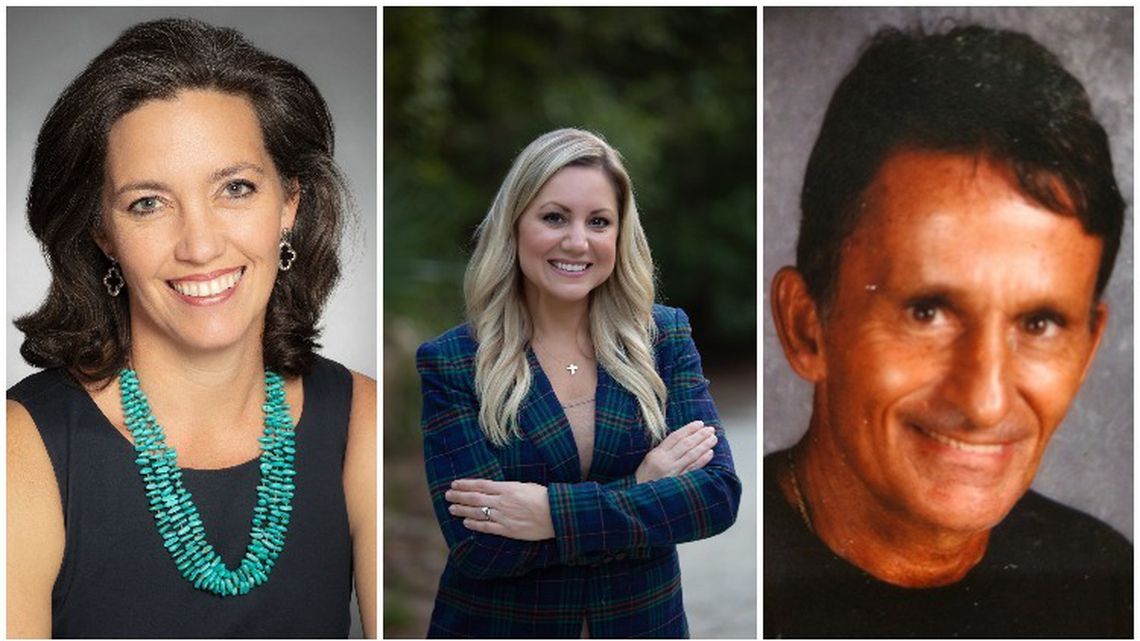 Incumbent Joanne Lentino has withdrawn from the race, opening the way for new faces.

Three candidates have announced they are running for the District 1 seat on the Pinellas County School Board, including two educators and a Navy veteran who now works as an art director.

The field will not include incumbent Joanne Lentino, who withdrew from the race in February, Supervisor of Elections records show.

Single-member seats for Districts 4 and 5 are up for election this year, too, and incumbents Eileen Long and Carol Cook have filed to keep them.

For District 1, the candidates, all from St. Petersburg, bring varying experience. But all three say they have a passion for education and have worked in or for schools.

Victor L. Connelly announced his candidacy in July. After a long career in education, he works as a substitute teacher for special needs students in Pinellas schools, according to school district records.

Connelly, 72, is from Michigan and comes from a family of educators with about 170 years of teaching experience combined, he said.

“I have the experience and past knowledge of education,” he said in an interview this week. “It’s been my whole life, and I want to come in now and improve as much as I can.”

Connelly moved to Daytona Beach in 1980, taking a job as a public middle school English teacher and basketball coach. He taught in traditional classrooms, at a juvenile detention center and in a halfway house for at-risk boys.

Later, he taught community college classes in English, speech, history and GED-preparation. Then he became certified to teach students with special needs and moved to teaching in high school before returning to middle school.

After retiring from the Volusia County School District in 2012, Connelly moved to St. Petersburg in 2017 to become a substitute teacher. In that role, he has worked in about 60 of Pinellas’ public schools, he said, and is a member of the district’s advisory committee for exceptional student education.

As a School Board member, Connelly said he would want to address discipline disparities in Pinellas schools and ensure policies are standardized across the district.

Stephanie G. Meyer, a 38-year-old teacher at the private Keswick Christian School in St. Petersburg, joined the District 1 race in October. It is her first year as an educator after a long career in sales and marketing, and she teaches middle school history.

Meyer, a mother of two students at Keswick, grew up in Pinellas, where her mother taught in public school for 37 years, she said.

“I have long since had a passion for education,” Meyer said in an interview this week, adding that her background in business and connection to the community make her a perfect fit for the School Board.

The most pressing issue she wants to tackle is figuring out what education should look like as families continue to move through the coronavirus pandemic. “Now that we’ve integrated technology for distance leaning, how can we better prepare for the future?” she asked.

Meyer said she also would push for higher teacher pay as a School Board member, and pointed out that she is the only full-time educator running.

Laura Hine, executive director of The James Museum of Western & Wildlife Art in St. Petersburg, is the third candidate for District 1. She announced her candidacy last month.

Hine, 44, is a Tampa native who came up through Hillsborough County public schools, she said. She went on to earn a bachelor’s degree in aerospace engineering from the U.S. Naval Academy, then a master’s in business administration from the University of South Florida St. Petersburg.

She served as a U.S. Navy officer, then worked as a general contractor before taking a job at the James Museum in 2015. Her husband, Hank Hine, is the executive director of the Salvador Dalí Museum, and they have two children together.

Hine got involved in public education issues in 2015, when her son was about to start kindergarten. She noticed hardly any of her neighbors sent their children to the low-rated neighborhood school, North Shore Elementary. They opted for private schools and far-away magnet schools instead.

“I thought, why doesn’t anyone go there?,” she said in an interview. Then she set a meeting with the principal and soon, Friends of North Shore Elementary, a nonprofit aimed at supporting the school, was born.

Hine said she isn’t opposed to school choice, but she believes in lifting up traditional neighborhood schools like North Shore. She said Pinellas’ racial and economic achievement gaps must be addressed, too.

“It’s just not enough that we have a few great magnet schools because a child shouldn’t have to win a lottery to have a great education,” she said. “I’m pro all schools. I want them all to be great.”

School Board races will be on the Aug. 18 primary election ballot. Visit votepinellas.com for more information. 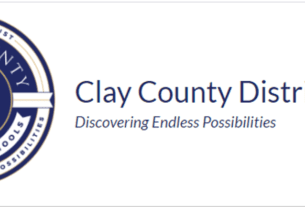 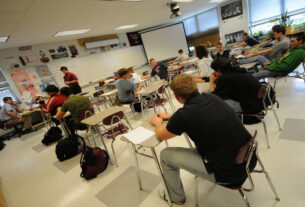 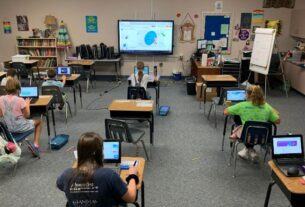