The move came after the board postponed the pay discussion several times since the summer, and also after discussing on Tuesday the financial strain the coronavirus pandemic has caused for the district.

School Board Attorney Ted Doran brought up the issue of Balgobin’s compensation after 9 p.m. Tuesday. The item was not on the agenda, although it’s been repeatedly mentioned and discussed at previous School Board meetings. Just before adjourning, board members approved the raise to Balgobin’s salary while she serves as the district’s top official.

The increase is retroactive back to when Balgobin became interim superintendent in July. That will equal about $29,000 extra for Balgobin over seven months, assuming her tenure is not extended.

The unexpected vote was an insult to teachers and staff in the district, said Volusia United Educators President Elizabeth Albert — particularly after the district declined to give office specialists and paraprofessionals the same 3% raise it gave to support staff in the trades union, instead approving a 2.5% raise for those employees for the current school year.

Balgobin was hired as deputy superintendent of teaching, leading and learning in March, but has been filling in as the district’s leader since Superintendent Scott Fritz took a leave of absence over the summer after being diagnosed with cancer.

Fritz’s leave began in July, and he is expected to return to his role on Feb. 1 — at which point Balgobin will have been in charge for seven months. Doran, after conferring with Balgobin and School Board Chairwoman Ida Wright, proposed an annual salary of $195,000 for Balgobin while she serves as interim superintendent.

Fritz’s annual salary is $205,000. Doran presented the increase for Balgobin as a savings for the district, because they did not hire an interim deputy superintendent and because Fritz is using sick leave that the district would have otherwise had to pay him for at the end of his tenure.

But Albert sees Balgobin’s salary increase as unnecessary spending during an uncertain time. According to information compiled by the union, Volusia County Schools spends more than the state average on salaries for district employees, School Board members and its superintendent, but below the state average on salaries for teachers, guidance counselors and clerical staff.

“It’s just hypocrisy at the greatest level,” Albert said. “I think there was a desire to slide this through, in an underhanded and deceptive way.”

Earlier in the day on Tuesday, Chief Financial Officer Deb Muller explained that the district is looking at millions of dollars in lost funding: from fluctuations in student numbers compared to last year; from steady or rising operational costs; from the cost associated with personal protective equipment; and from future unknowns.

The financial update ended with a plea for School Board and community members to let lawmakers know that schools need help right now — not further reductions to funds.

“I can’t say enough to call, write, or email the governor, legislature and DOE (Florida Department of Education) to hold districts harmless,” Muller said. “Obviously the revenue in the state will be down and they have some difficult decisions to make.”

School Board members later applauded Balgobin for the long hours she continues to put in as she leads the district through the unprecedented challenges brought on by a pandemic. But Albert and other staff members were particularly bothered by the lack of warning about the vote.

Doran said that because this was Wright’s last meeting after losing her re-election bid and she was part of the negotiations, he felt it was important to have the vote before she left.

“I didn’t feel uncomfortable dealing with it last night either, because it had been discussed many times,” Doran said. “Other than setting the amount, it was pretty public that we were doing that.”

The topic has come up repeatedly at School Board meetings since July, and union members have repeatedly voiced concerns about offering Balgobin a raise at this point.

Fritz is expected to return to work full time on Feb. 1, although Doran said he’s been attending meetings virtually and is in frequent contact with Balgobin.

Photo: Carmen Balgobin, the Volusia County School District’s interim superintendent, prepares for a School Board meeting during the coronavirus pandemic. She’s leading through decisions about when and how to reopen schools. News Journal/Nadia Zomorodian 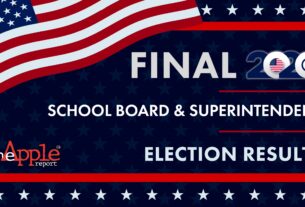 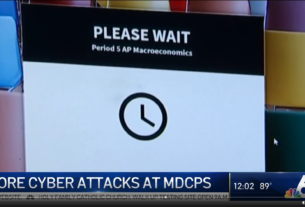 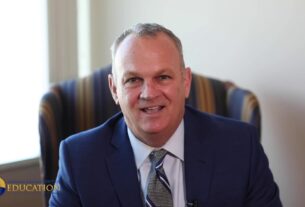